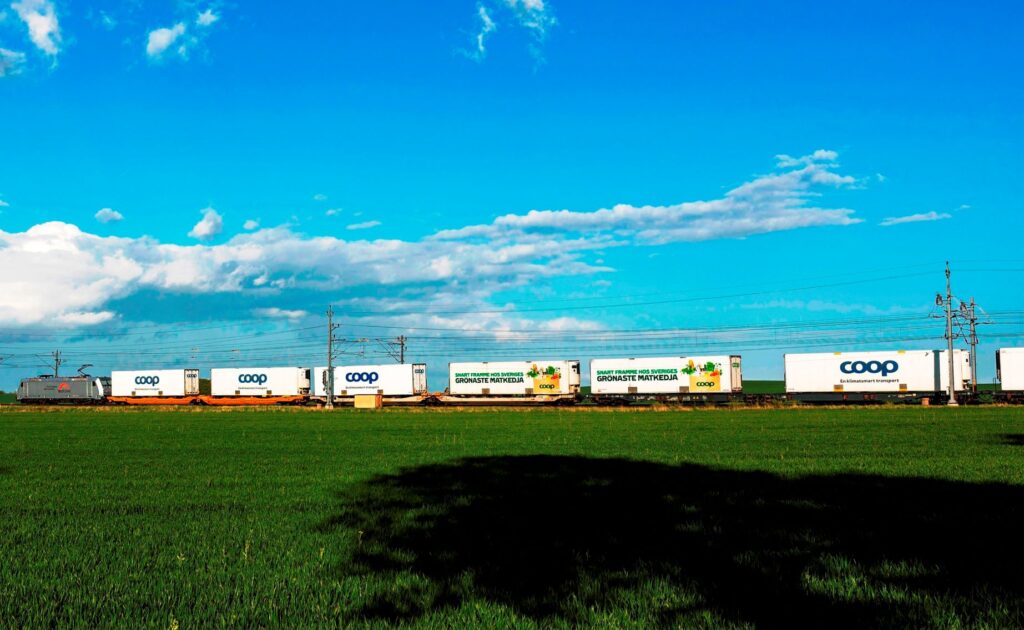 TX Logistik AB, Swedish subsidiary of Germany’s TX Logistik AG, has test-run a freight train with a length of 838 meters in Sweden. The rail logistics company, which is part of the Mercitalia Group (Gruppo FS Italiane), operated the fully loaded train on the approximately 500km route between Malmö and Frövi (Örebro province). Foodstuffs from the Swedish retail chain Coop were transported. The Swedish transport infrastructure authority Trafikverket was the third partner involved in the test run.

So far, only trains with a maximum length of 630m are permitted on most routes in Sweden. “An expansion to 838m would significantly increase transport capacities and thus make rail freight transport even more efficient and attractive for shippers,” says Lars Winther Sørensen, Managing Director of TX Logistik AB in Sweden. This is in turn an essential prerequisite for shifting more goods from road to rail. Even for goods that have so far been transported almost exclusively by road, Sørensen believes that more extensive use of rail is possible.

The use of longer trains is also an important impulse for climate-smart rail transport. In particular, the combination of high load capacity per train and high speed ensures a highly productive transport system. The test train carried 48 semitrailers and travelled at speeds of up to 120km/h. This was faster than trains in comparable test runs in other countries. It was driven by a four-axle locomotive, which is normally used in rail freight transport.

Coop has been transporting food and other goods by rail in Sweden since 2009. From 2012, TX Logistik has been operating on behalf of the retail chain between Bro, 30km northwest of Stockholm, and Malmö. Just two years ago, the number of round trips was doubled from 10 to 20.

“Today, 30%of our transports are handled by rail,” explains Peter Rosendahl, transport manager at Coop Logistik. The retail chain would like to increase the share further. “That’s why we participated in this forward-looking project and hope to be able to extend our trains in the near future.”

TX Logistik, Coop and Trafikverket worked closely together to plan and implement the two test runs on 8th and 9th May 2022. Further tests in Sweden are planned.