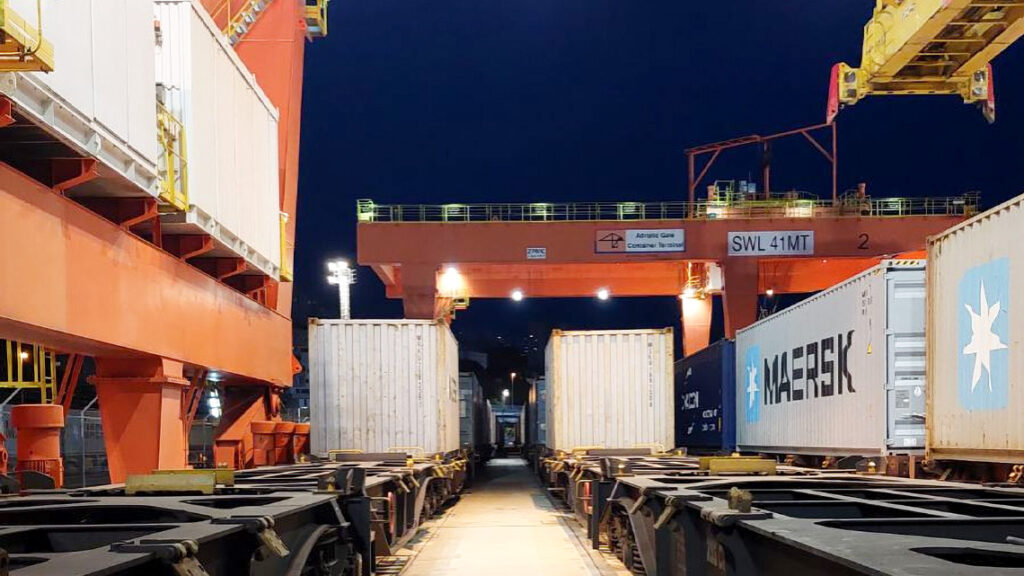 For the first time, a regular train connection between Rijeka, Croatia, through Adriatic Gate Container Terminal (AGCT), and Paskov in Czechia has been established.

Emmanuel Papagiannakis, AGCT chief executive officer, commented: “The Czech market is one of the most important markets in Europe with a significant manufacturing hub and consumer market. Currently, there are multiple regular weekly block trains between Rijeka, Serbia, Bosnia and Hungary with extensions for Slovakia. We appreciate that Maersk has launched this initiative adding direct rail services to Czechia. This also confirms the growing significance of AGCT as a gateway for Central Europe and Southeast Europe.”

Launched in May, the Maersk rail service runs up to two times per week. The rail service is operated by ČD Cargo Adria, a subsidiary of Czech freight operator ČD Cargo, the largest railway transport provider in Czechia and one of the major rail operators on the Trans-European Network corridor including Slovakia, Germany, Austria, Poland and now expanding in Croatia.