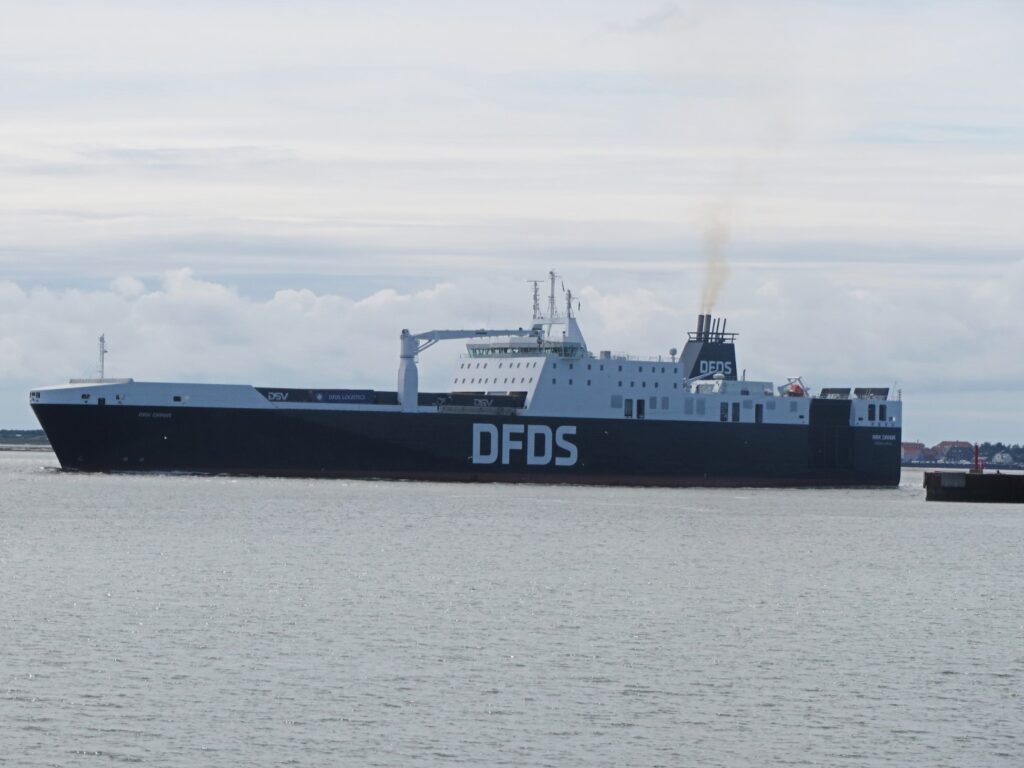 The Danish company DFDS Seaways has just announced the introduction of a fourth ship from 1 April on the ferry line between Dunkerque and Rosslare. The announcement confirms the success of the link, launched with three vessels on 2 January.

On 1 April next, the “Ark Dania”, a RoRo type vessel with a capacity of 188 freight units, will complete the fleet on the Dunkerque-Rosslare route, alongside the “Visby”, “Kerry” and “Drotten”.
The route provides exporters and transport companies with a direct, document-free journey for lorries between the Republic of Ireland and the other countries of the European Union, implying lower costs, less waiting time as well as the possibility of avoiding the customs procedures which now apply to transport via the British ‘landbridge’.

Aidan Coffey, Route Director for DFDS Seaways Ireland, is delighted with the addition of this fourth vessel to the fleet: “This ferry will be the flagship for our route. She is highly manoeuvrable, and is capable of transporting a wide range of cargo, mainly consisting of unaccompanied trailers and 12 trucks accompanied by drivers. The addition to our service will free up capacity on our three other vessels for more trucks accompanied by a driver. We are facing strong demand from all sectors of industry seeking to use the direct route to northern central Europe”.

Daniel Deschodt, Interim Chairman of the Executive Board, said: “European carriers and shippers are responding very favourably to this new post-Brexit offering tailored to meet their expectations. Indeed, since the first port call in Dunkerque on 2 January, the service totalled no less than 10,000 units at the beginning of March. With eight weekly round trips to and from Ireland, in the space of only four months the Port of Dunkerque has become the European mainland port with the highest number of round trips for ro-ro services to Ireland. The new traffic is also generating increased business and genuine added value for logistics warehouses located in the vicinity of the port. With this fourth ship, Dunkerque is more than ever the port for the British Isles!”