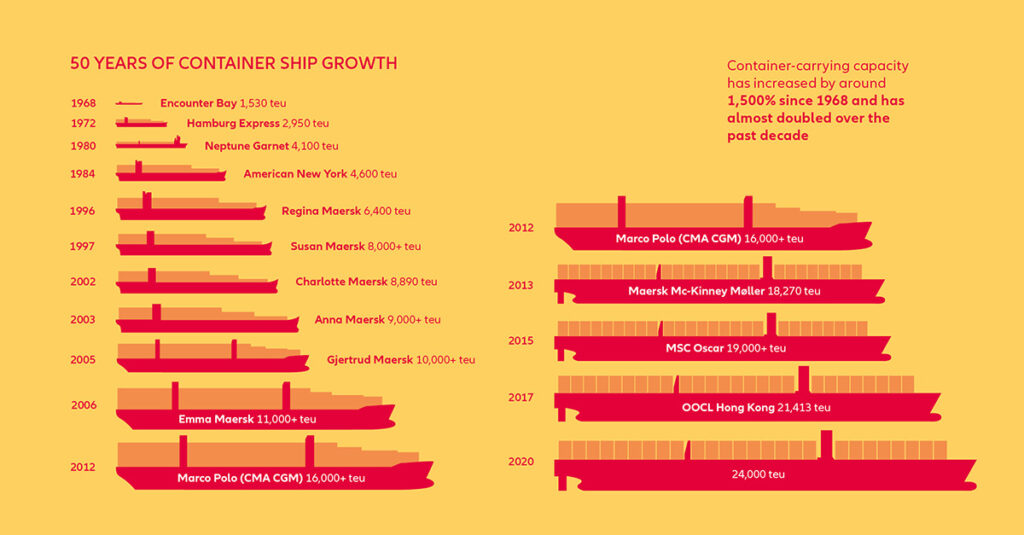 An Ultra Large Container Ship, MS Ever Given, grounded in the Suez Canal and brought traffic on the central shipping route between Europe and Asia more or less to a standstill. A second incident – a bulker and Russian military tanker collide in Suez Canal – was reported in the Egyptian waterway on Tuesday, following Ever Given boxship grounding.

As one of the leading shipping insurers, Allianz Global Corporate & Specialty constantly monitors and analyses risk scenarios in the shipping industry and annually publishes the Safety & Shipping Study. The company provides research support as well as facts and figures on the current grounding incident:

Shipping risk situation in the Suez Canal
• About 10% of global trade passes through the Suez Canal, which connects the Mediterranean to the Red Sea and provides the shortest sea link between Asia and Europe. Ships face costly and lengthy deviations if canal is not opened soon. Ships save 9,000km or 10 days by using the Suez Canal.
• Ship trackers and brokers said there were more than 100 ships waiting to transit the canal. The traffic jam comes at a particularly bad time for global supply lines. Car and computer makers are straining from a global chip shortage, exacerbated by a fire in a big chip making factory in Japan last week. Car makers have closed plants after a Texas cold snap earlier last months hits plastics production, and Califorinia ports have been hit by backlogs and delays.
• Nearly 19,000 ships passed through the canal in 2020, according to the Suez Canal Authority – an average of 51.5 ships per day. The Suez Canal has an excellent safety record overall with shipping incidents extremely rare – There have been 75 reported shipping incidents in total in the canal over the past decade according to the Allianz Global Corporate & Specialty Safety & Shipping Review 2020. More than a third involved container ships (28).
• Between 2013 and 2016 there was an average of 12 shipping incidents a year but the numbers have declined since then. The 10 year average is 8 incidents a year.
• However, groundings (such as the Ever Green incident) are the most common cause of shipping incidents in the canal – 25 in the past 10 years or 1 in 3 of all shipping incidents in the canal. Together, grounding, collision and contact incidents account for half of all shipping incidents in the Suez Canal over the past 10 years (38 in total).
• Machinery breakdown is the other major cause of shipping incidents in the Suez Canal accounting for 21 incidents over 10 years
• There has been only one total loss of a vessel reported in the Suez Canal over the past decade – back in 2010. The total loss in the Suez Canal was a cargo ship called Maryam which sank after loading some bitumen.
General shipping statistics on mega-ships and grounding:
• Container ship graphic attached above. Another important stat – container-carrying capacity of ships has increased by around 1,500% since over the past 50 years and has almost doubled over the past decade
• The other graphic attached looks at a potential loss scenario and the costs involved in event of a major casualty involving a container ship (although the Suez situation is not comparable)
• There have been over 200 reported grounding incidents involving container ships around the world over the past decade, accounting for around 1 in 10 of all incidents involving container ships.
• The insured values of these vessels (hull only) depends on many factors like age but ranks between 70 mn USD for an older vessel (say 2012) to 150 mn USD for a new one.
• Other main risks associated with megaships include major risks are fire-fighting capability, safe storage of cargo and cargo misdeclaration; salvage challenges given their size.