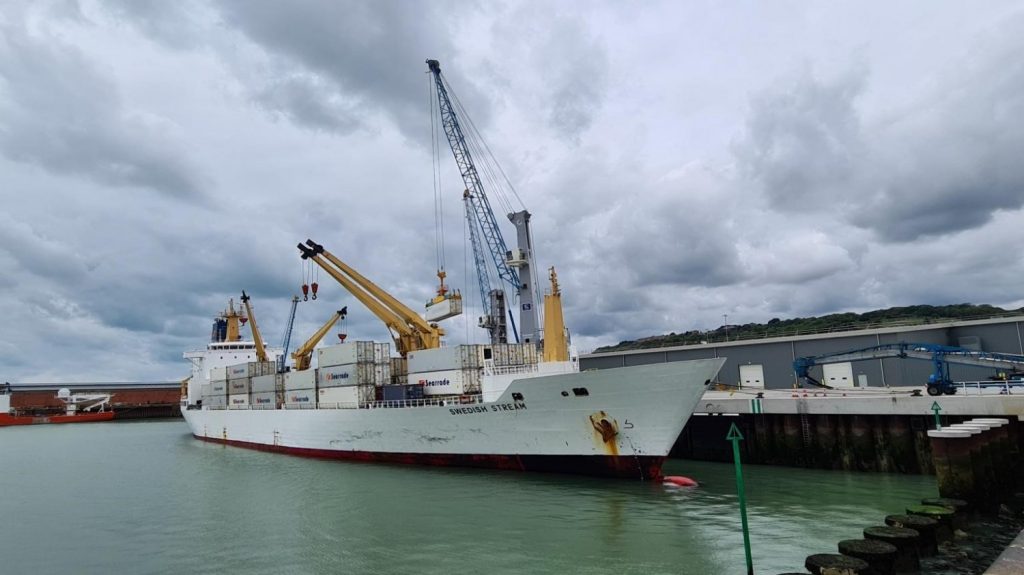 Seatrade has launched a second regular service at the Port of Dover for the discharge of perishable cargo, which the port says highlights its exceptional position as a world leader in the handling of fresh produce.

Port of Dover Cargo is now officially the UK Port of call for Seatrade’s fast, direct, and dedicated Zodiac and Rayo Reefer services, meaning the leading reefer operator will now visit the Port twice a week. Dover becomes Seatrade’s UK hub to ensure the quickest possible transit of fruit from the Caribbean and Central and South America into Europe.

The recent arrival of the Swedish Stream vessel into Dover from Puerto Barrios marked the first of regular visits to the UK Port by the Zodiac service, connecting the Caribbean with Europe and on its way back, France with Columbia, Costa Rica, Guatemala and Honduras.

It joins the Rayo Reefer Service which launched in Dover over 10 years ago, connecting the ports of Puerto Bolivar, Guayaquil and Paita directly with the UK and France.

“We are delighted to be welcoming Seatrade back to Dover for many regular calls now and into the future. Port of Dover has an excellent trade in perishable cargo, so we are pleased to be the UK Port of choice for two major Seatrade services.

Port of Dover Cargo Ltd is unrivalled with its efficiency and strategic location next to the world’s busiest shipping lane, so we are perfectly placed to help deliver Seatrade’s fast, direct and dedicated transits.”