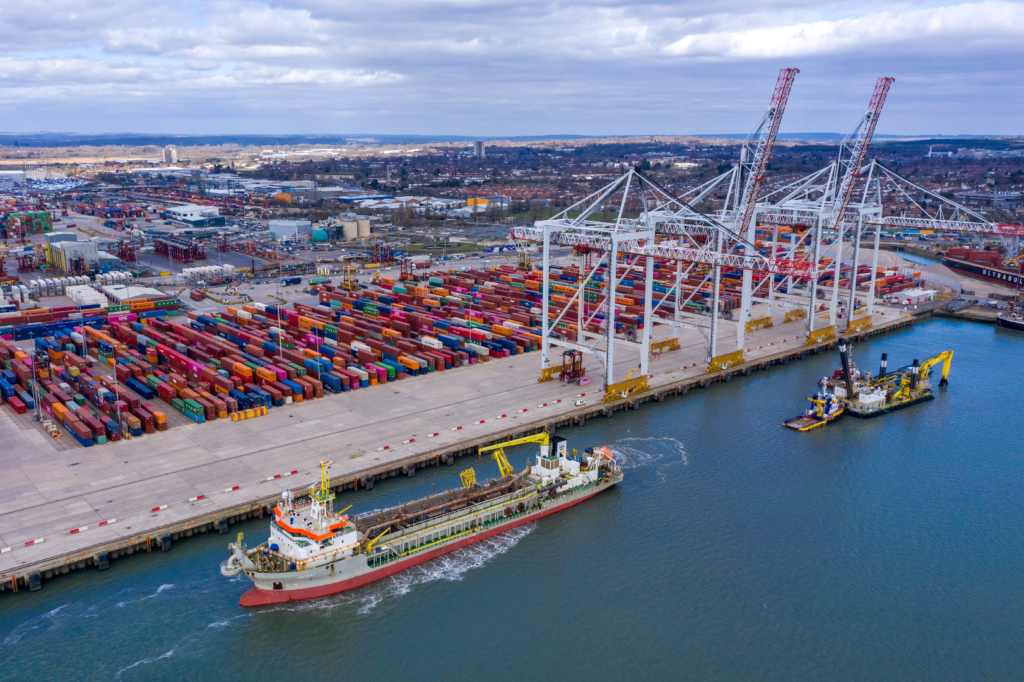 DP World has announced that Southampton, Britain’s second largest container terminal, will benefit from a major programme of investment in 2021 designed to take it up to the next level as a premier international freight and logistics hub.

DP World Southampton is part of DP World, a leading global provider of smart logistics, and one of its two UK deep-water ports with freight rail terminals which were awarded Freeport status by the Government in March 2021. The new infrastructure investment totalling £40m is designed to provide customers with speed, security, reliability and flexibility and will include:

Ernst Schulze, Chief Executive of DP World in the UK, said: “DP World Southampton is the most productive port in Britain, turns container trucks around faster than any of its competitors, and at 30% also has the highest proportion of its containers moved by rail.

“At DP World, we think ahead to create smarter trade solutions and this £40m programme of investment will ensure that our Southampton terminal continues to grow as a major freight and logistics hub. Our aim is to partner in our customers’ business success and we are already seeing a surge of interest from companies which want to take advantage of the customs zone and tax benefits resulting from Southampton and London Gateway becoming Freeports.”