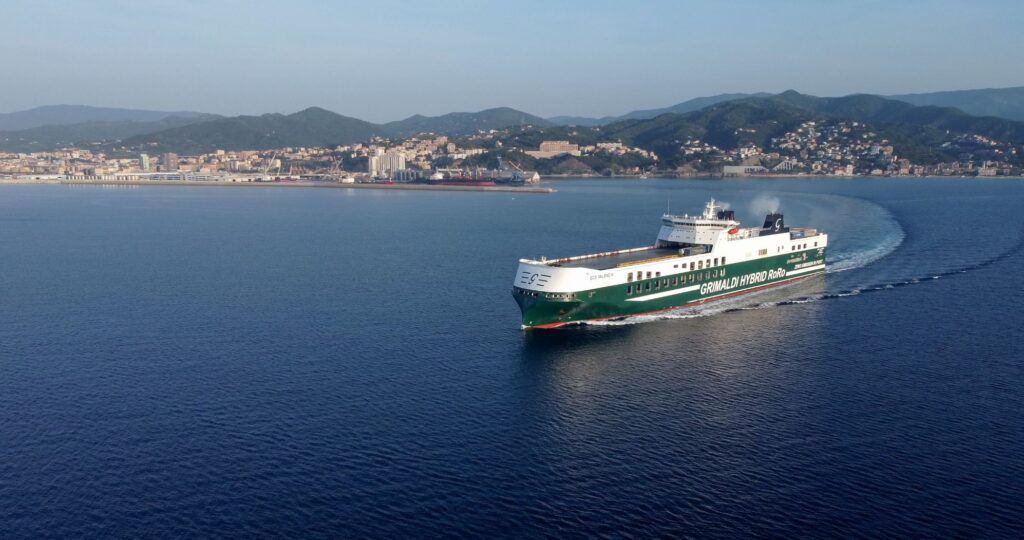 Amazon is taking advantage of Europe’s multimodal capabilities to expand its use of maritime transport via sea routes. Thousands of truck movements between Spain and Italy have already been taken off the road.

Almost half of the merchandise movements made by Amazon between its logistics centres in Italy and Spain are now made by sea, avoiding thousands of tonnes of CO₂ emissions.

Amazon operates multiple maritime routes to move inventory between the two logistics centres. According to Helder Velho, Vice President of Surface Transportation for Amazon in Europe: “Maritime routes, or highways of the sea, provide a more efficient and sustainable mode of transportation and, in some cases, are faster than other alternatives.”

Amazon says it is always looking for alternative forms of transportation for both deliveries and moving items between its fulfilment centres. In southern Europe, Amazon started with two maritime lines to be able to reach customers in Sardinia and Sicily in 2019. Since then, it has launched a multitude of maritime connections between Italy and Spain and today there are already more than 170 maritime connections throughout Europe.

This initiative is an integral part of Amazon’s goal of decarbonising its operations and achieving net zero carbon emissions by 2040, ten years before the Paris Agreement. To achieve this, it has partners such as European shipping company the Grimaldi Group that are at the forefront of sustainable maritime transport with state-of-the-art hybrid ships.

“We were pioneers in the sector by installing technology on our ships that allows us to turn off the engines when approaching ports, achieving zero emissions in port. We were also one of the first to order and receive ships prepared for the use of ammonia. We believe in this alliance with long-term partnership with Amazon as we share a mutual commitment to reduce our environmental impact while delivering more value to customers.”

Approximately 60% of the merchandise that Amazon has in its logistics network belongs to independent sellers. They are small and medium-sized companies that sell through Amazon in order to reach new customers outside their home countries. In this way Amazon benefits, on the one hand, its customers by providing a wider selection of products. On the other hand, sellers on Amazon achieve greater geographic reach with their products, facilitating their entry into markets in other countries in Europe. And everything, with a more sustainable transport method thanks to the fact that the trucks will travel by boat, reducing their emissions.

To ensure that Amazon’s European customers benefit from a large selection of products and fast, reliable delivery, it analyses which products are ordered most frequently and from where, and position those products in its centres closest to the customer. .

Sergio Panizza, from the Genoa-based Pesto Rossi factory in Italy, says: “Our family has been making pesto sauce in a small shop in Genoa since 1947, selling mostly locally. Our business suffered during the pandemic, so we decided to start selling through Amazon. Since then we have grown in number of clients and managed to sell our sauces to pesto fans in Spain, France and 12 other countries in Europe.

“By bringing our sauces closer to where our customers live, our products are available much faster and we benefit from having more international customers.”