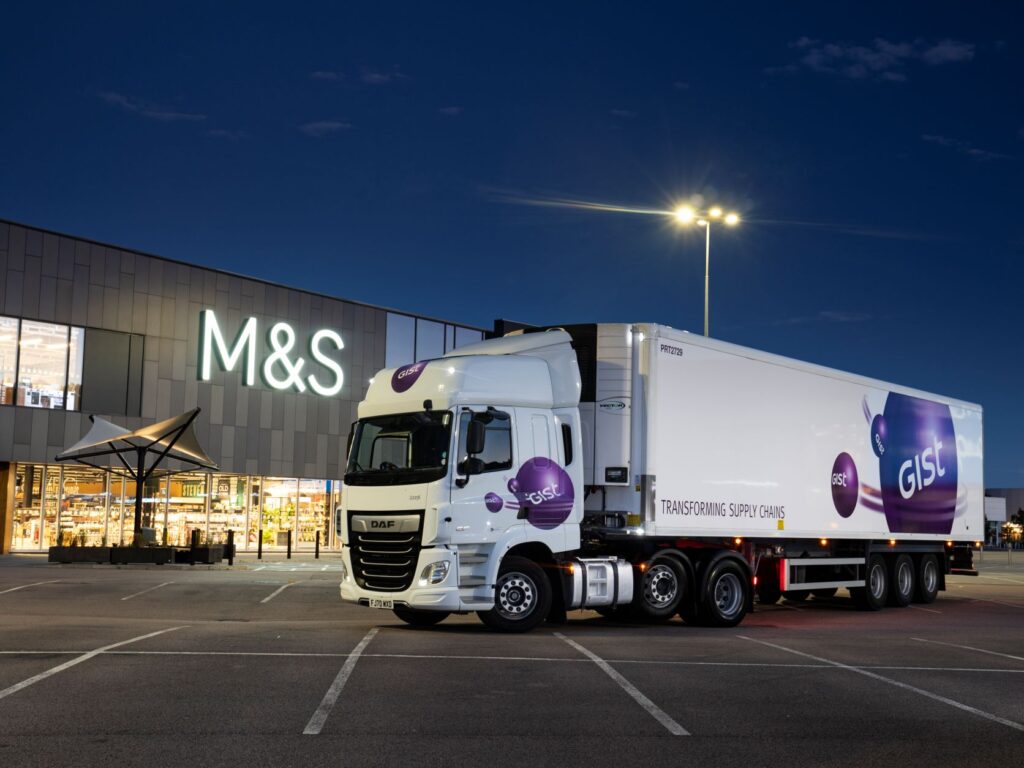 Marks and Spencer Group plc has announced it is to acquire Gist Limited, the principal contract logistics provider to M&S Food, from Storeshield Limited, a subsidiary of The BOC Group Limited.

M&S Food says it has restored an industry-leading position in volume growth over the past four years, developed bigger stores and entered new channels through the investment in Ocado Retail and through franchise partnerships, including over 2,500 Costa stores. However, there is a substantial opportunity to create a more efficient and effective supply chain through investment in the network to reduce the cost to serve, update legacy systems and improve automation.

Gist provides the majority of M&S Food logistics services via a network of eight primary and 10 secondary distribution centres located across the UK and the Republic of Ireland, including a number of freehold warehouses. The existing arrangement has a higher cost legacy contract which expires in 2027. The acquisition will generate immediate benefits to M&S through the elimination of contractual fees and costs and the implementation of aligned operational processes. Through acquiring Gist, M&S can also take control of and invest in the network, building on the successful implementation of its “Vangarde” supply chain optimisation programme.

The Gist business being acquired generated a proforma EBITDA of c.£55m in the year ended December 2021, with the majority of profit reflecting management fees recharged to M&S under contractual arrangements, which will be eliminated upon consolidation to M&S. The transaction is expected to be earnings enhancing in its first full year and will be funded through existing cash reserves.

Stuart Machin, M&S Chief Executive, said: “M&S has been tied to a higher cost legacy contract, limiting both our incentive to invest and our growth. The last two years have shown what can be achieved by working collaboratively alongside our partners at Gist. This has given me confidence that now is the time to take action and remove an impediment to our growth. We have therefore acted decisively to acquire Gist, taking control of our Food supply chain for the first time in our history. This is the first step in a multi-year plan which will transform the entire supply chain.”

Gist also provides a limited number of logistics services for third parties, as well as freight forwarding for BOC. Its food service division will remain with BOC post-completion, with appropriate transitional service agreements in place to ensure business continuity. Gist has approximately 5,800 employees, led by an experienced management team, including CEO Michael Chambers who will continue to lead the business and report to the Commercial Director of M&S Food.