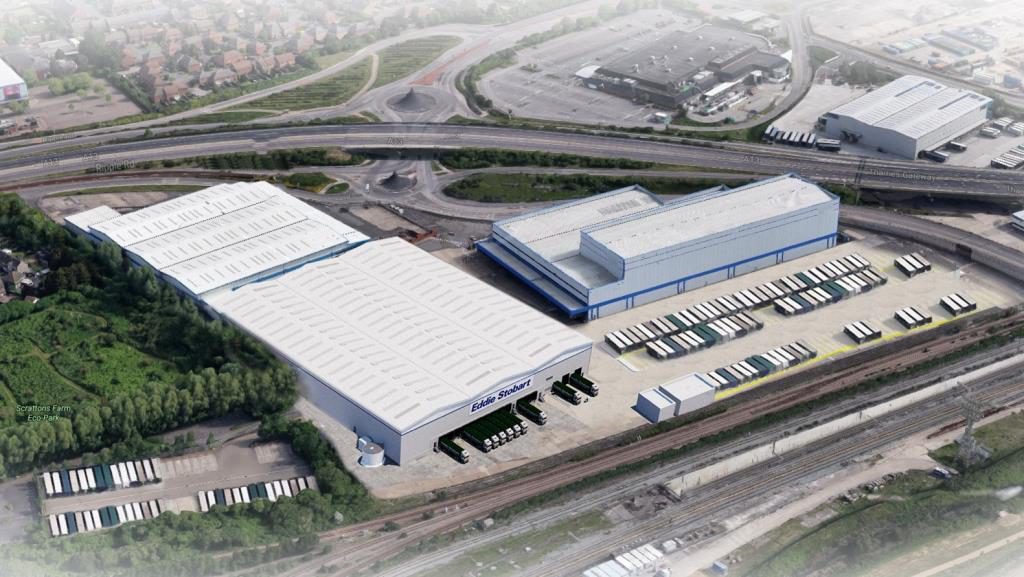 Leading UK logistics player Eddie Stobart, which is almost a household name in the country, has announced its intention to float on London’s Alternative Investment Market (AIM) next month. The company says it has grown substantially in recent years, with 2016 profits of £41 million on a turnover of £549 million. The company says that significant investment has been made in its customised technology and systems alongside the development of its management and workforce to support growth in new business sectors. Non-core operations have been disposed of and the company now focuses on the following core sectors: E-Commerce, Manufacturing, Industrial & Bulk (“MIB”), Retail and Consumer.

In a separated development, LondonMetric has exchanged contracts with Eddie Stobart to build a single new 180,000 sq ft distribution unit at its logistics centre in Dagenham.

Under the terms of the transaction, Eddie Stobart has signed a new 26 year lease across the enlarged 436,000 sq ft logistics centre at an increased rent, subject to five yearly RPI rent reviews.

Planning consent has already been received and construction is expected to commence next month with completion by April 2018. As part of the redevelopment, two existing units totalling 150,000 sq ft will be demolished.

Total development costs are anticipated to be c£16 million, delivering a marginal yield on cost of c5.75%.