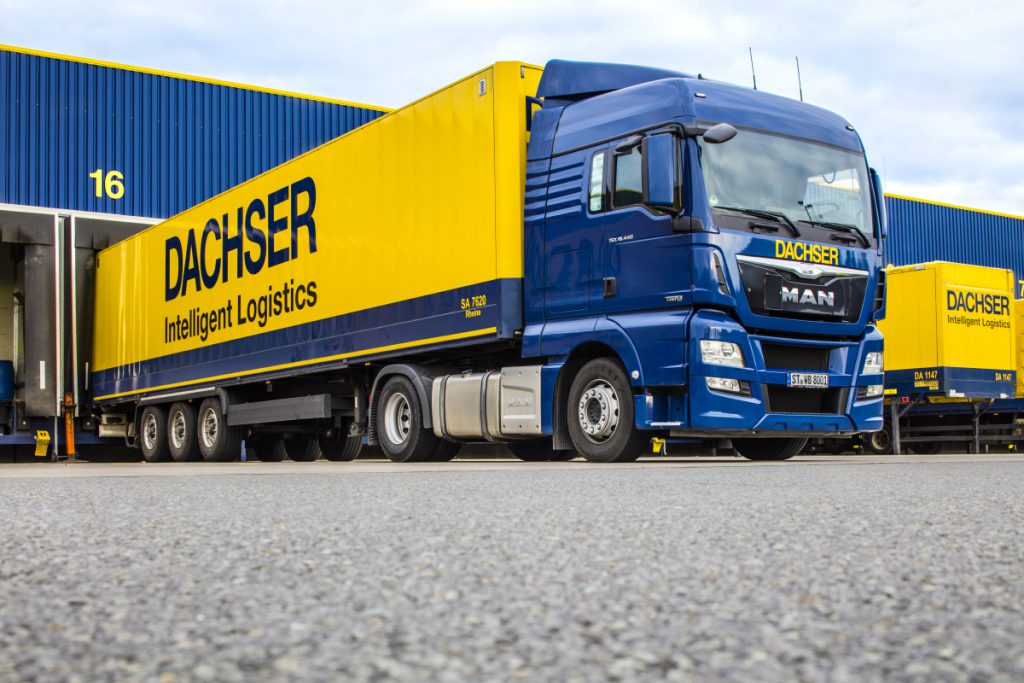 Dachser is currently creating new capacity for its overland network at several German locations. In the north, the Bremen and Hamburg locations are being expanded. Building is also under way in Alsdorf, near Aachen and Dissen, near Bielefeld. In total, Dachser is investing some EUR 60 million at the four locations, creating nearly 35,000 square metres of additional warehouse and office space.

Employees were able to move into the new buildings at Dachser’s Bremen location at the beginning of March. Dachser has invested almost EUR 20 million in the transit terminal south of the Weser, creating 8,800 square metres of warehouse space and 102 docks for the Bremen logistics centre. A further 2,500 square metres are reserved for offices.

A new transit terminal is also being built on the premises of the Dachser Food Logistics branch in Hamburg. With 6,800 square metres of total area, the facilities will be operationally and physically separate and will be used to handle food items as well as industrial goods from the neighbouring Dachser European Logistics branch.  The work, which represents an investment of some EUR 15 million, is scheduled to be completed in August.

Dachser is expanding its Alsdorf location at a separate facility located within the border triangle between Germany, Belgium, and the Netherlands and is building additional facilities for Food Logistics in Dissen, Lower Saxony.