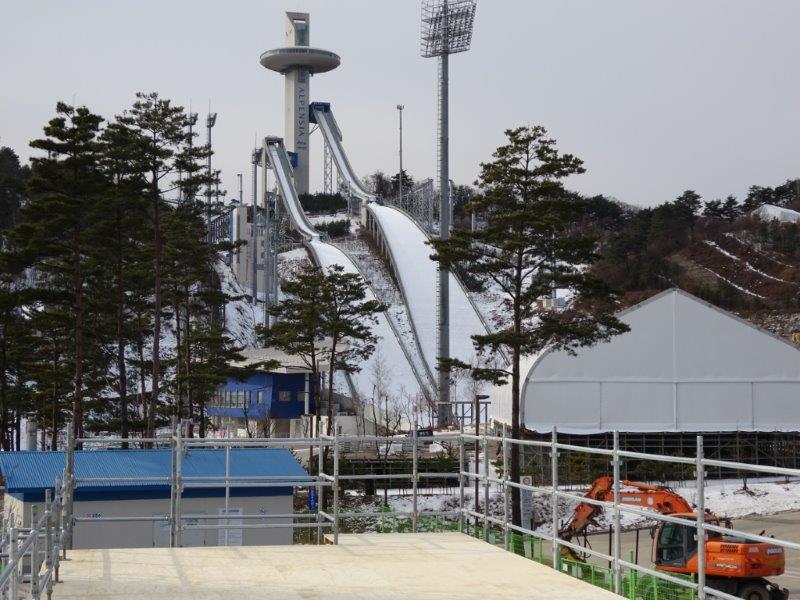 Swiss logistics service provider Natco AG was in charge of the project management and transport of the entire broadcasting kit for the Swiss Radio and Television Corporation’s (SRG SSR) coverage of the 2018 Olympic Winter Games in South Korea. The project specialist, headquartered in Ruemlang/Zurich, took care of the delivery of the equipment for the SRG’s premises in the International Broadcast Center (IBC) and its studios at the House of Switzerland in PyeongChang. As a logistics partner of the SRG, Natco will also handle the return transportation to Switzerland after the Games have ended.

Natco shipped various containers from the port of Antwerp to the port of Busan and organised the oncarriage to the Olympic sites. A smaller part of the broadcasting equipment went by air freight from Zurich airport to South Korea. After the cargo’s arrival at Seoul airport Natco organised its distribution to the House of Switzerland, the IBC and the various event sites, e.g. for ski, snowboard or cross country contests.

Millions of people around the world have been fascinated by the 2018 Olympic Winter Games in the South Korean city of PyeongChang since their start on 9 February. The SRG produces on behalf of the Olympic Committee the world signal for all alpine ski races of the Olympic Games, thus the SRG pictures from PyeongChang are the basis for live broadcasts across the globe.

On top of that, SRG’s regional language channels and platforms broadcast more than 1,000 TV hours from the studio at the House of Switzerland, the meeting point for athletes, media, business and political figures as well as sports enthusiasts. For the first time, a new production technique helps to reduce personal on the ground. However, whether it is regarding online, mobile or TV coverage, it is impossible to broadcast the event without equipment on site.

Pedro Oliveira, Managing Director Projects at Natco AG, explains: “Natco has been a partner of the SRG for more than ten years. We take care of the transport of broadcasting equipment for live coverage, for example for FIFA (International Federation of Association Football), UEFA (Union of European Football Associations) or FIS (International Ski Federation). Each of those transport projects is extremely exciting and diverse. However, the Olympic Games come with a special appeal because there is certainly a special atmosphere.”

Joerg Roehl, CEO Natco AG, elaborates: “The transport for the Olympic Games in South Korea came with challenges in several respects. The project was complex due to the combination of various transport elements and the time schedule for the construction of the studios was very tight. Being able to meet the deadlines in spite of temperatures of up to minus 22 degrees Celsius required careful planning and the right kind of material – and most of all, a lot of dedication from all parties involved. The Olympic spirit was clearly there already. The fact that we can watch the result of our transport project live from South Korea is a special experience.”

Natco AG will also carry out the return transport from South Korea per sea and air freight after the end of the Olympic Games on 25 February 2018. The project includes the packaging, securing of the cargo, handling the customs documents and the delivery to the SRG.