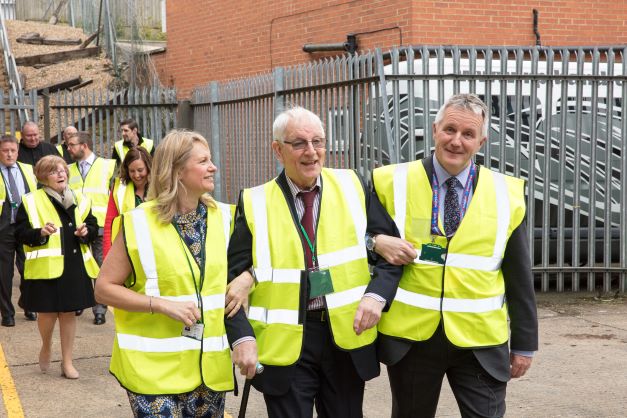 Miniclipper Logistics’ founder Mick Masters has passed away at the age of 83 in the UK company’s 51st year. His death follows a long battle with Alzheimer’s.

Masters founded the business in 1971 by responding to a newspaper advert in the Leighton Buzzard Observer for someone to develop their own parcel delivery service doing daily runs between Bedfordshire and London.

He bought a VW van and Miniclipper was born. The business and fleet grew steadily during the 1970s and 80s built on a foundation of strong customer service led by Mick supported by his wife Janet, who managed the administration as well as driving one of the company’s vans.

The business has remained in the area ever since and now has 450,000 sq ft of storage and over 38,000 pallet spaces across five sites in Leighton Buzzard, Houghton Regis, and Dunstable.

Mick’s son, Peter, took over as MD in 1995, and his daughter-in-law Jayne was appointed as sales director with Mick officially retiring in 2005. They are pictured either side of him. Mick was proud to see Miniclipper reach its 50th birthday in 2021 still as a family business just as the third generation of Masters joined the team.

In 2020/21 Miniclipper celebrated a record turnover through the provision of a range of transport, storage, and warehousing solutions for the medical, construction, print, retail, and food sectors. The business now has 40 trucks and 30 trailers, employs 140 people and is a shareholder member of the Palletline network.

Logistics Business passes its condolences on their loss to Mick’s family, colleagues and friends.