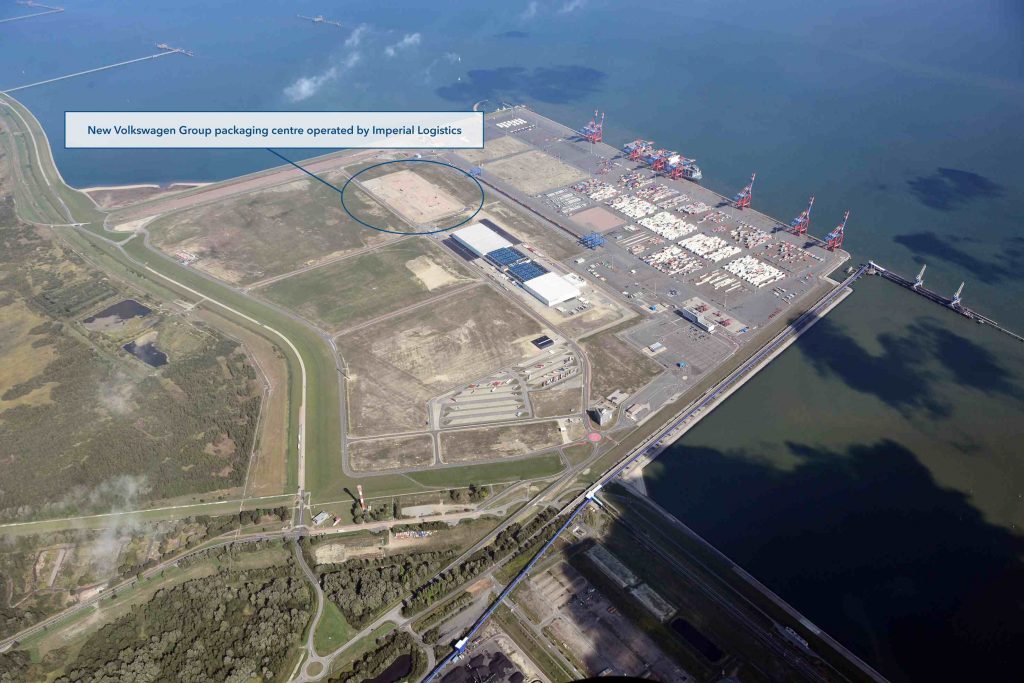 Imperial Logistics is to operate a new Volkswagen Group packaging centre in Wilhelmshaven, Germany, following the Group’s decision to despatch parts for Volkswagen, Audi, and Volkswagen Commercial Vehicles via JadeWeserPort.

Work began on the construction of the facility in July; Imperial Logistics will take over its operation in April 2019. From JadeWeserPort, parts will be despatched to over 25 locations in 15 countries including Mexico, China and the United States.

Explains Thomas Zernechel, head of Volkswagen Group logistics: “The decision to locate the facility in Wilhelmshaven is of strategic importance for the Volkswagen Group. The JadeWeserPort is the only deep-water port in Germany. With this new packaging site we will create a direct link to a port which enables us to transport parts using the largest vessels in the world.”

Adds Remy Hoeffler, Director of the automotive business unit at Imperial Logistics International: “The contract complements our existing relationship with the Volkswagen Group at ten other locations in Germany, Poland, Hungary and South Africa, employing a combined workforce of 3,600. We look forward to this further new opportunity to support the global expansion of the Volkswagen Group with efficient logistics services.”

The Packaging Centre will include four halls with a total area of more than 40,000 m2 . Around 7,000 different Audi, Volkswagen and Volkswagen Commercial Vehicles parts will be delivered in to the Willhelmshaven facility, and will then be loaded into some 250 containers per week; this corresponds to more than 12,000 40′ high cube containers per year.

It will create approximately 500 new jobs at Imperial Logistics, which is staging a local recruitment drive.