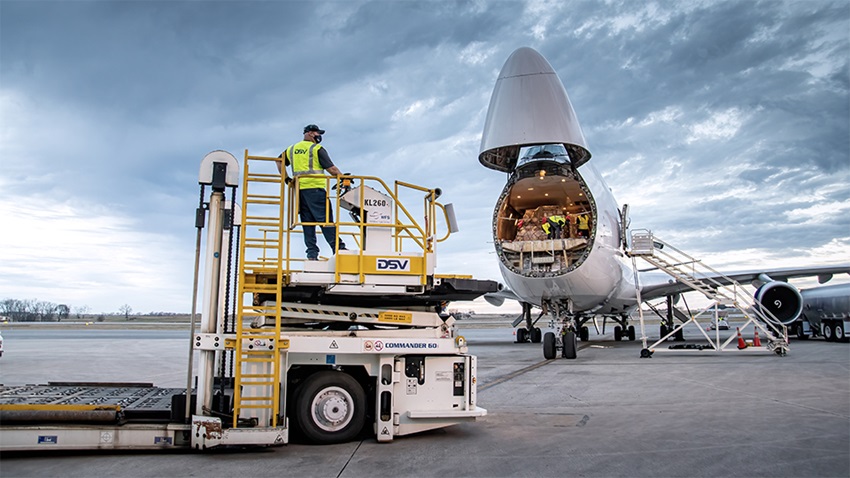 Two years after buying Panalpina, DSV Panalpina has announced the acquisition of Agility Global Integrated Logistics (GIL) is a deal worth $4.2 billion. The resultant group will become the world’s third-largest transport and logistics company when the deal is concluded in Q3/2021.

Global Integrated Logistics is part of Agility and one of the world’s top freight forwarding and 3PL providers. In 2020, the company had $4 billion in revenue, mainly related to air & sea freight, and a workforce of approximately 17,000 employees.

DSV recently completed the integration of the company’s largest acquisition to date, the Swiss Panalpina, and with the acquisition of GIL, DSV Panalpina will become the world’s third-largest transport and logistics company with a combined pro forma revenue of approximately $22 billion – an increase of around 23% – and a combined workforce of more than 70,000 employees.

The Air & Sea-division, the largest division of DSV Panalpina, will be substantially strengthened in particular with the acquisition of GIL and will consolidate the rank among the largest providers globally with close to 2.8 million containers (TEUs) and more than 1.6 million tonnes of air freight transported annually.

The contract logistics capabilities, which are increasingly important due to complex supply chains and changing distribution channels, will strengthen DSV’s Solutions division with GIL’s additional warehousing capacity of more than 1.4 million sq m, mainly in APAC and the Middle East. Furthermore, GIL will add road freight activities to DSV’s network in both Europe and the Middle East and thereby increase DSV’s competitiveness across all three divisions.

DSV and GIL are a strong match with valuable synergies as a result of similarities in both business models, services and strategies. According to the Group CEO of DSV Panalpina, Jens Bjørn Andersen, there are many good reasons to join forces with the Middle Eastern transport and logistics provider: “GIL and DSV are an excellent match, and we are proud that we can announce our agreement to join forces. The combination of our two global networks will provide us with the opportunity to offer our customers an even higher service level.

“GIL’s strong market position in APAC and the Middle East complements DSV’s network well and will support our long-term value creation ambitions. Our two groups already share a culture of entrepreneurship and local ownership, and we look forward to welcoming GIL’s talented staff to DSV.”

DSV has long been known for its acquisition strategy and has found success in both acquiring and integrating companies, most recently Swiss Panalpina in 2019 and American UTi Worldwide in 2015. The focus on scalability remains one of the key competitive advantages in freight forwarding with significant operational and commercial benefits in a highly fragmented market.