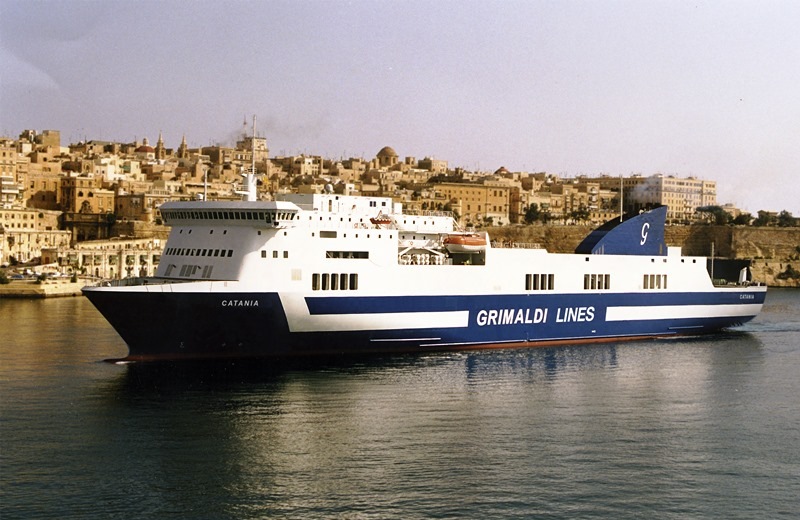 The Grimaldi Group starts the year with innovative news: as from the month of February, it will launch a new direct maritime service between Civitavecchia (50 km north of Rome) and the North American ports of Baltimore and Halifax for the transport of cars and other rolling cargo.

The new link is the first direct and regular service between the Mediterranean and North America for the ro/ro-car carriers sector. Thanks to the deployment of four ro/ro-car carrier vessels whose total loading capacity is of 25,000 cars, the new regular line offers a transit time of only 13 days between Italy and North America. The complete schedule includes, sequentially, calls at Gemlik (Turkey), Bar (Montenegro), Civitavecchia, Baltimore (USA), Halifax (Canada) and Antwerp (Belgium).

The new link will also support Fiat Chrysler Automobiles (FCA) for the export of its new models produced in Melfi (Potenza, Southern Italy): the Fiat 500X and the Jeep Renegade – the first Jeep manufactured outside the borders of the United States.

“An important agreement has been reached between one of the leading industrial brands in Italy, one of the biggest shipping companies worldwide and the Port of Civitavecchia which once again has been able to complete the required infrastructure in record time, says Pasqualino Monti, President of the Ports of Civitavecchia, Fiumicino and Gaeta.

Thanks to this new service, the port of Civitavecchia becomes the commercial hub from where Italy will restart. It is not a case that these models, produced at Melfi, will be exported through the Port of Civitavecchia which, after consolidating its leadership in the cruise sector, has launched a challenge in the freight field too, following the remarkable results achieved in recent years with import traffic flows”, concludes Monti.

“We are very pleased to consolidate, thanks to the commitment and vision of its President Pasqualino Monti, our partnership with the Port of Civitavecchia which has been able to seize the opportunity to further improve its traffic flows,” said Emanuele Grimaldi, Managing Director of the Group Grimaldi. “As Italians, we are proud to contribute, through this innovative connection, to the export of “made in Italy” products and to the recovery of the automotive sector in Italy,” adds his brother Gianluca, President of the Group.

With the new connection, the Neapolitan group confirms the importance of the Port of Civitavecchia as a main hub, not only for intra-European but also for intercontinental traffic flows. In addition to North America, the Port of Civitavecchia is connected, directly or through transhipment, with more than 120 ports in the Mediterranean, Northern Europe, North South America and West Africa served by the Group.

The Port of Civitavecchia plays a strategic role in the extensive network of maritime connections offered by the Grimaldi Group. For over 10 years, the Euro-Aegean service, dedicated to the transport of new cars and rolling cargo, has been connecting on a weekly basis Civitavecchia with ports of the Mediterranean (Setubal, Valencia, Livorno, Salerno, Palermo, Piraeus, Alexandria, Beirut, Tripoli, Lattakia, Mersin, Gemlik, Yenikoy) and Northern Europe (Hamburg, Antwerp, Portbury, Southampton and Flushing).

Moreover, Civitavecchia is a port of primary importance in the network of Motorways of the Sea offered by the Grimaldi Group in the Western Mediterranean. Currently, the Neapolitan group regularly connects the port of Civitavecchia to Barcelona, Porto Torres and Tunis, for rolling freight (cars, vans, trucks and trailers) as well as passengers.