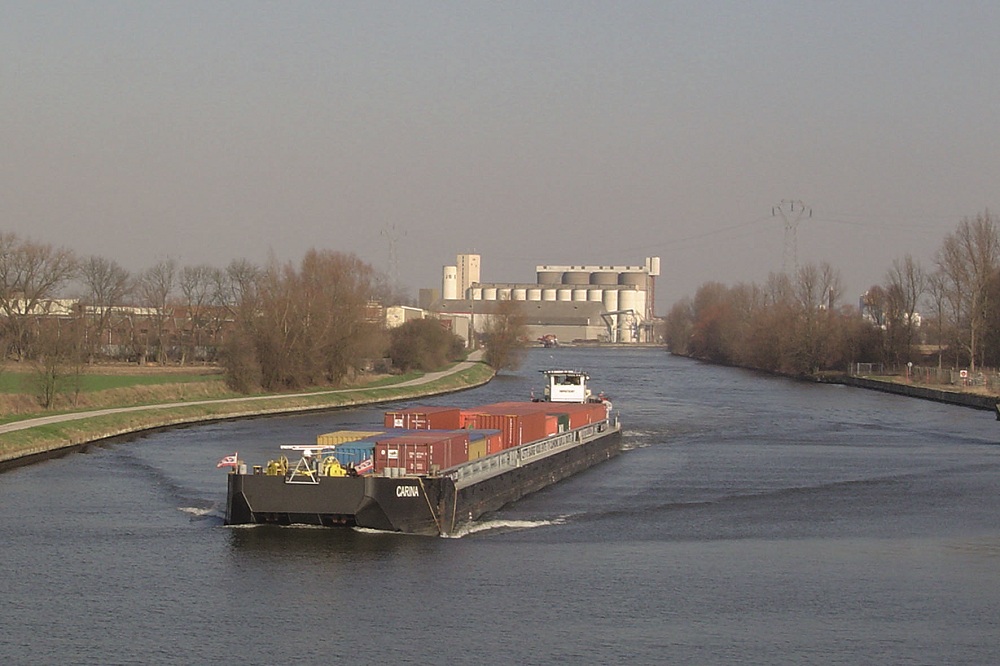 Since the end of 2013 the combined waterway transport operator NORD
PORT SHUTTLE (NPS) has run two rotations a week between Dunkirks
container terminal (Flanders Terminal) and the inland port terminals of
Lille (LCT) and Dourges (LDCT).

For the benefit of clients of the new Asia-Service provided by the OCEAN 3
Alliance, which has called at Dunkirk since 14 February with excellent transit
times at import, the operator has decided to upgrade all its waterway
services and offer a «tranship express» service for containers in the Dunkirk
Terminal.

The cargo handler undertakes to reload the specified containers on the NPS
barge as soon as the OCEAN 3 mother-ship completes its commercial operations
at the Flanders Terminal on Saturdays. This agreement means that
NPS can leave the Terminal just hours after the containers arrive from Asia,
and transport them overnight for discharge in Dourges on Monday morning
and Lille on Monday afternoon, with immediate delivery to the warehouse.

This rotation, providing ideal synchronisation between mother-ship and
barge, is available for containers under the Waterway and Maritime Procedure
(«PFM»), a super-simplified customs procedure which allows exemption
from NST-type transit documents.

In total, a container coming from Shanghai takes just 30 days to reach
Dourges or Lille, via Dunkirk and the NPS multimodal transport service.

The excellent synchronisation of the service, and the simplified procedure
offered by the PFM, are bringing the port of Dunkirk much closer to the
waterway terminals of Lille and Dourges and reinforcing the concept of an
extended gateway for the Nord-Pas de Calais region.

NPS Chairman Christophe Thebaud stresses the successful launch of this
new rotation: «From the first call, the idea of express transhipment has been
welcomed by many shippers, as proved by the excellent filling rates already
achieved for the weekend barge.»

Stephane Raison, CEO of the Port of Dunkirk, is pleased to note that «in
this innovative system, NPS has succeeded in combining the conventional economic
and environmental advantages of waterway transport with the equally
important concept of optimised transit time.»

The setup of this system has been made possible by very close cooperation
with the customs authorities economic action unit.

Regional Director Stephane Mage guarantees «that his staff constantly seek
to identify ways to improve logistics processes by optimised and tailor-made
tools for simplifying customs procedures. The Waterway and Maritime Procedure,
which was tested and put in place in Dunkirk a few years ago, allows
logistics cycles that are independent of working hours. It is a win-win system
which provides greater visibility and traceability for the customs inspectors,
and enhanced fluidity for goods traffic to the hinterland.»