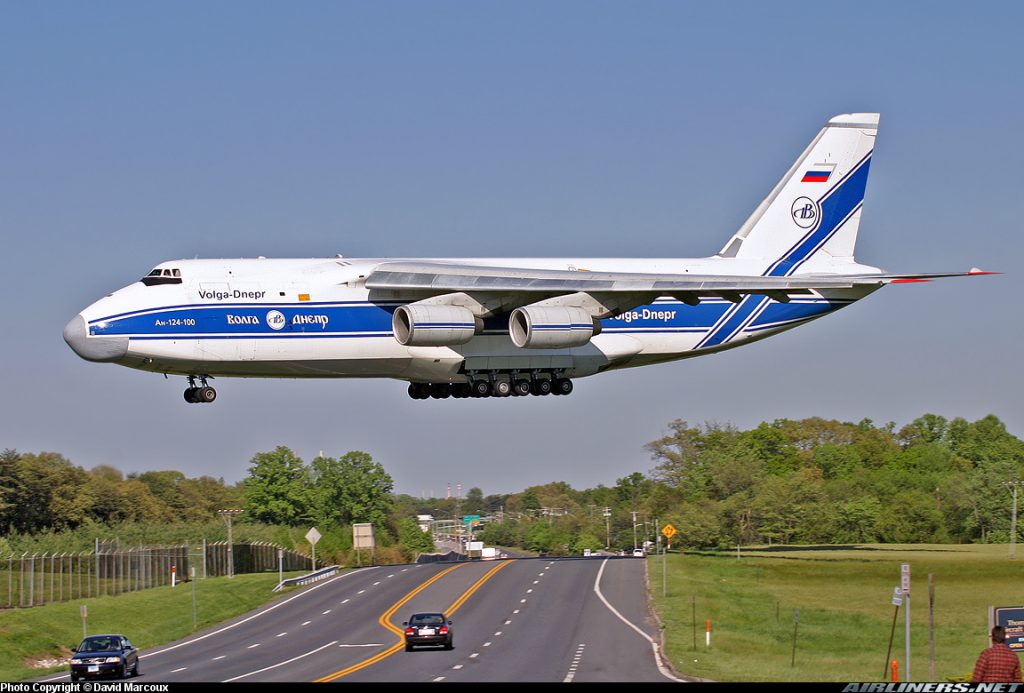 Ruslan International demonstrated its unfailing capability in heavy and outsize air cargo last month, with the airlift of a 70 ton piece of oil and gas equipment to Iraq, which was negotiated and overseen by its US representative in Houston, Volga-Dnepr Unique Air Cargo (VDUAC).

Ruslan International, in conjunction with Volga-Dnepr Engineering Logistics Centre, transported an oil refinery stripping tower from Bakersfield, California to Erbil, Iraq. This is an operation that many believed simply was not possible due the sheer length of the cargo and the fact that it needed to be transported in one single piece. The lift, performed by one of Ruslan Internationals 17-strong fleet of AN-124-100 aircraft, was the culmination of more than a month of meticulous planning, drawing on more than 25 years of expertise in logistics, engineering and design.

Manufactured in the United States, the tower was being transported by the Taq Taq Operating Company Ltd (TTOPCO) for use in the Taq Taq oil field in the Kurdistan region of Iraq. The timing of the delivery was critical to enable operations at the refinery to begin as soon as possible. It was estimated that the tower could refine 40,000 barrels of oil per day, so every day that it remained in the United States resulted in a significant loss of revenue for the client.

Perhaps the biggest challenge associated with the lift was the fact that the piece of cargo, measuring 38.4m x 3.7m x 3.7m, was technically longer than the cargo floor of the AN-124-100 by almost 2 metres. Adding to the complexity, the ultimate goal was to transport the tower as it was constructed, without cutting it to reduce length or removing any protruding pieces so as to save valuable time and maintain the integrity of the tower. Consideration also had to be given to the fact that the tower had no authorised attachment or lifting points on it – nor had it any loading technologies attached to it to facilitate transport or loading.

VDUAC rose to the challenge, combining the capability of the AN-124 with its advanced engineering expertise to meet the complex logistics requirements of the job in hand. VDUAC designed two transportation cradles, which it developed through the use of 3D modelling technology and drawings provided by the manufacturer of the tower. The cradles allowed the tower to be loaded on to the aircraft via the ramp and rail system used by the AN-124-100, and also helped ensure the structural integrity of the stripping tower whilst in transit. Ultimately, the construction of the cradles ensured that all transportation requirements, load bearing concerns, restraint criteria for G-Force restrictions and tie-down requirements of the AN-124-100 were met.

Colon Miller, Director of Government & Defense Programs for Volga-Dnepr Unique Air Cargo, said: When we first took on this project, we were met with detractors from all sides. Nobody believed that we could do it.

The cargo was unique in terms of its size, weight and shape, but thanks to the hard work and problem-solving skills of the engineering team, and everyone involved in this project, weve managed to make the impossible possible.


Dmitry Grishin, Vice President of Sales for Ruslan International, said: This achievement is a source of great pride for everyone here. It serves to reinforce Ruslan Internationals credentials as leaders in heavy and outsize air cargo, with the capability to move complex components quickly so that major projects can happen on time.

Ruslan International collaborated with Volga-Dnepr Unique Air Cargo and Volga-Dnepr Groups Engineering & Logistics Services to coordinate all other logistical factors for the lift, including: trucking, craning, local police escorts and general safety measures related to moving such a large piece of cargo over land to the airport for loading.