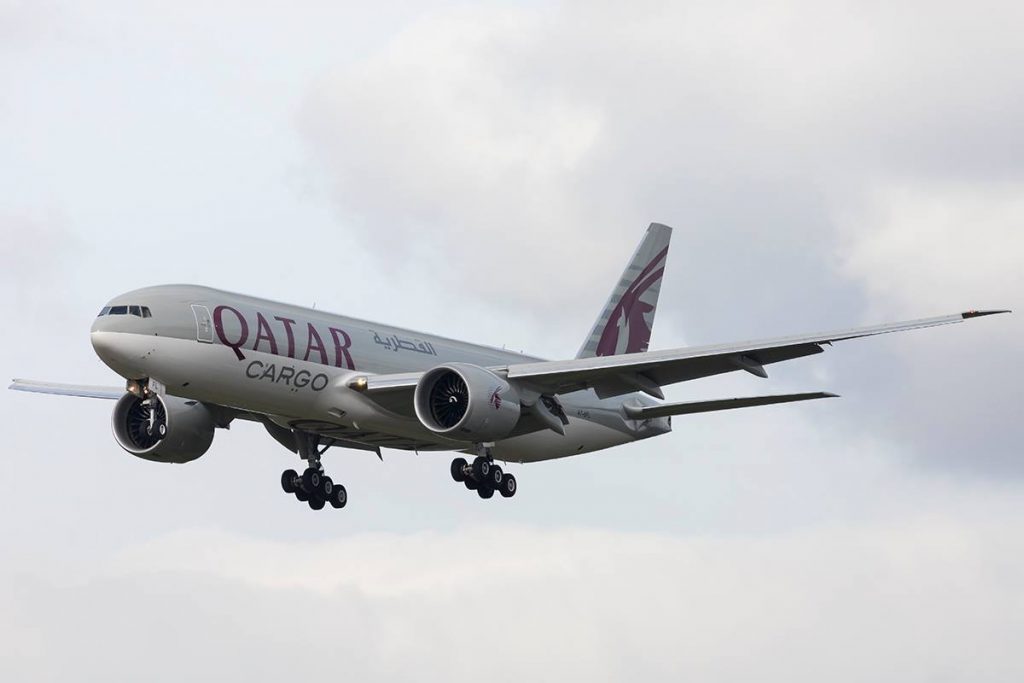 Qatar Airways Cargo has further expanded its Brussels operation with the addition of a Boeing B777F to its schedule. Qatar Airways already operates seven Airbus A330F weekly freighter flights into Brussels, in addition to eight passenger flights with its new Boeing B787 and Airbus A350 aircraft.

By replacing one of its A330F with a larger B777F, the cargo carrier has again increased its capacity, confirming its steady growth at Brussels Airport. The route of the new aircraft will be Halifax to Brussels and onwards to Doha. “In just a few years, Qatar Airways Cargo has grown to become one of our biggest cargo players at the airport, offering direct capacity from the Middle East as well as Africa into Brussels. These flights contributed tremendously to our growth in, for example, perishables at the airport”, says Brussels Airport Head of Cargo, Steven Polmans.

Two years ago, Qatar Airways Cargo was the first airline to operate “pharma express” flights, dedicated to shipping pharmaceuticals between Brussels and Doha. Steven said, “Pharma is our key commodity and strategic focus, so these flights very much supported us getting the position we have today as the preferred pharma gateway in Europe and we are pleased to see they are very successful.”

In May, Qatar Airways Cargo will introduce its eighth weekly service to Brussels by adding another Airbus A330F to service this rapidly growing destination. It will operate from Doha to Brussels and return.

“The tremendous support from Brussels Airport and our global customers has empowered our rapid growth in Brussels,” said Mr. Ulrich Ogiermann, Chief Officer Cargo of Qatar Airways. “Meeting our customers’ business needs is fundamental and we strive to provide the most strategic freighter routes to connect Brussels with the world’s major trade markets via our Doha hub. We will continue to offer our best specialist products, QR Pharma and QR Fresh, and quality services to uphold the growing needs of perishable and pharma shipments in the these markets.”

At the recent Brussels Airport Award ceremony in March 2017, Qatar Airways Cargo won two prestigious awards. The first in the category of Punctuality and second, the Environmental Award for operating the most modern fleet at Brussels, both for its passenger as well as its cargo operations.

Last year Qatar Airways won the Cargo Performance Award, in recognition of the airline’s growth and importance to Brussels Airport through the frequency, capacity and network reach that Qatar Airways provides.