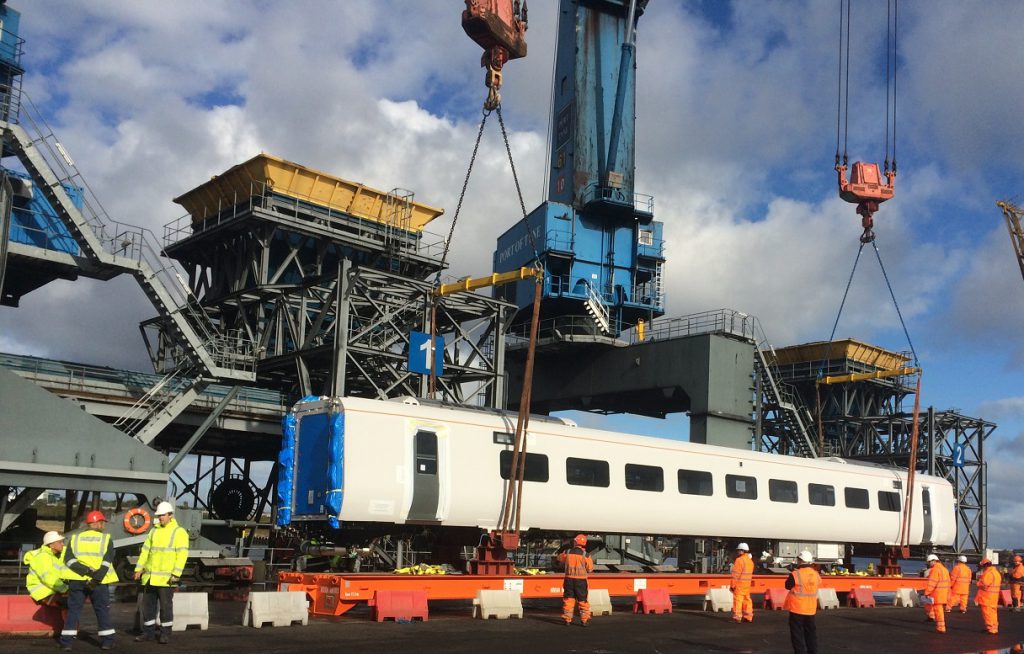 The body-shells are arriving from Japan into the Port of Tyne before being unloaded and transported to Hitachis new Rail Vehicle Manufacturing Facility (RVMF) in Newton Aycliffe, County Durham.

The first shipment of five left Kobe in Japan at the end of August on board the giant car carrier Hoegh Tokyo. Travelling around 5,000 nautical miles they arrived at the Port of Tyne approximately 38 days later in early October. Once they were towed off the ship, the Port began the carefully planned manoeuvre to lift one on to specialist distribution vehicles.

In the first of its kind a tandem lift, using two of the Ports mobile cranes simultaneously was undertaken and each body-shell measuring 26 metres long and weighing 28 tonnes (the equivalent weight of 14 average family cars) was delicately and precisely lifted into place onto road vehicles.


The Port of Tyne is extremely proud to play a part in Hitachi Rail Europes supply chain and work with our partners Hoegh and NSA to carry out this specialist job for them safely and efficiently.

The Port of Tyne anticipates that the next shipment of Hitachi body-shells will arrive in early November.