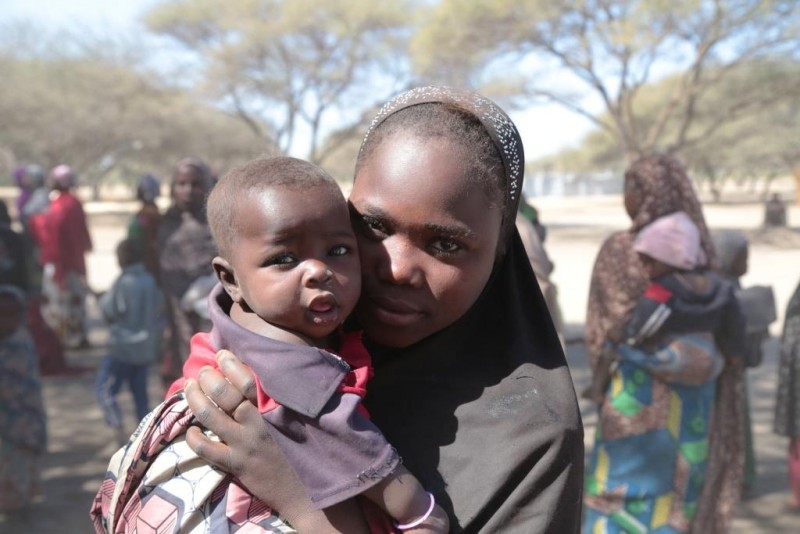 For the fourth consecutive year, UNICEF and Panalpina have joined forces to fly relief goods to an African country where population movements, food insecurity, malnutrition and natural disasters have led to a health emergency and precarious humanitarian situation. In the morning hours, a Panalpina chartered cargo aircraft landed in Chad with more than 80 tons of life-saving goods on board that are essential for water treatment, sanitation and nutrition programs.

More than 80 tons of relief goods such as blankets and tarpaulins used for shelter, therapeutic food for malnourished children, medical equipment and drugs, provided by UNICEF, arrived in Chad’s capital N’Djamena this morning on a flight chartered and donated by Panalpina. The company’s Charter Network had organized the relief flight which left Liège the night before. The goods will address acute needs in the areas of health, hygiene and nutrition but also children’s recreation, particularly in refugee camps.

“Our goal is to reach the most vulnerable children that are in dire need of help. In landlocked Chad, there are many of them,” says Elsbeth Mueller, executive director of the Swiss committee for UNICEF. “We are very grateful for Panalpina’s continued support with yet another relief flight to Africa.”

Chad is listed in 185th place in the UN Development Index, which means it is one of the poorest countries in the world. The landlocked country in Central Africa has experienced several military conflicts in the past and suffers from an extreme climate that is partially the result of climate change. As a result, fields are becoming deserts, depriving people of their livelihoods. On top of this, the country is faced with 650,000 internally displaced people and refugees from Nigeria, Sudan and the Central African Republic. The overall humanitarian situation in Chad is precarious. 3.9 million people are affected by the crisis, including 2.2 million children.

Because of insufficient financial and personnel resources, as well as poor equipment for the health services, access to medical care, but also to clean water and sanitary facilities, is very limited. As a consequence, hygiene conditions are often poor, which leads to many diseases including diarrhoea and malaria. Furthermore, vaccination rates are among the lowest in the world. The relief goods flown to Chad include medical equipment used for vaccination, malaria treatments, paracetamol, disinfectant, water purification tablets, and hygiene sets for women.

The emergency delivery has also brought more than 15 tons of therapeutic milk sachets to Chad. They are used to treat severe acute malnutrition in children under five. Nearly 200,000 children under five are affected by severe acute malnutrition in Chad and 3.4 million people suffer from food insecurity. Blankets and tarpaulin used for shelters accounted for 22 tons of the cargo. Since playing is very important and comforting for children uprooted by conflict, thousands of balls, skipping ropes and frisbees have also made their way to Chad.

Many of the goods will be brought to the Kanem region in the west of the country, where there is a particularly high level of malnutrition and very limited access to water. Thanks to Panalpina’s contribution, UNICEF will improve and provide new water and sanitary facilities in the health centers that support mothers and their children with clean water, hygiene promotion and malnutrition treatment.

“As in previous years, we decided that a charitable donation in the form of an aircraft charter for UNICEF would be of more value than Christmas gifts for customers and employees. The goal of our donated charter remains the same too: to bring some respite to those who are less fortunate than us, especially children,” says Panalpina’s CEO Stefan Karlen.

This is the fourth time that Panalpina has partnered with UNICEF to address a crisis in Africa. Last year, Panalpina flew much-needed relief goods to Burundi (http://APO.af/uNL78D), where a recurring crisis and violence took a heavy toll on society. In 2014, Panalpina supported the fight against Ebola by flying life-saving humanitarian aid to Sierra Leone (http://apo.af/JkOGuS). In 2013, Panalpina’s first relief flight for UNICEF brought desperately needed goods to the Central African Republic (http://apo.af/KKOG4Q).

For the relief flight to Chad, Liege Airport waived 50% of the landing fee.