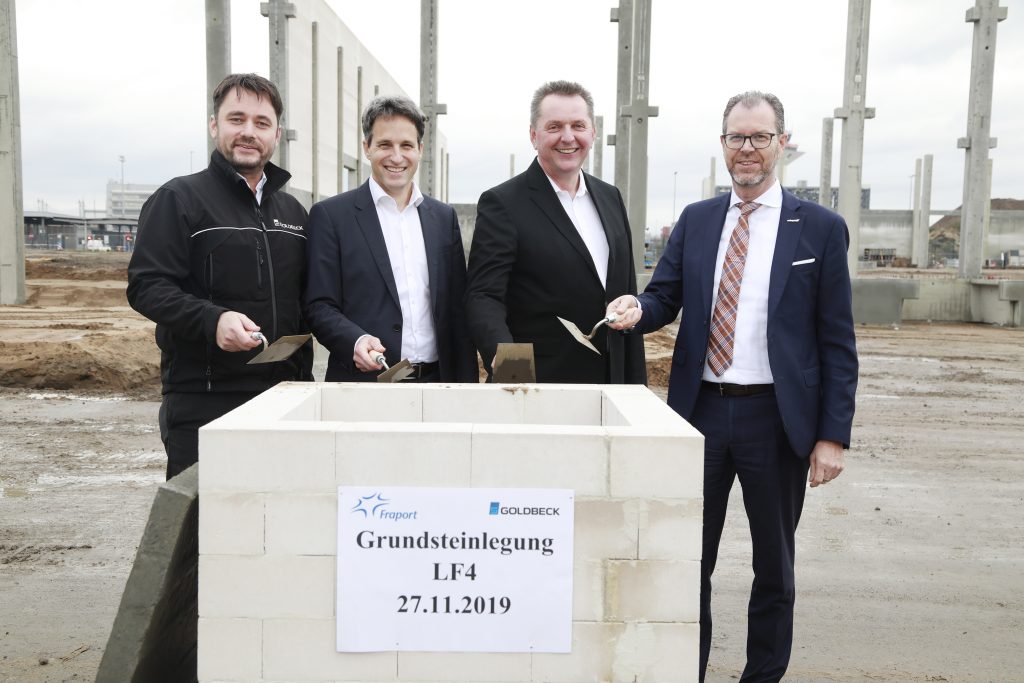 The new building at CargoCity South will expand Swissport’s handling capacities by almost 50 percent, says the team. “The property meets every requirement for state-of-the-art airfreight handling. The warehouse concept includes a material handling system that allows containers and pallets to be automatically stored in and removed from the warehouse,” said a spokesperson. “Swissport is expanding its range of special temperature storage for customers from the pharmaceutical industry. The new cargo centre will be fitted out in accordance with the strict IATA criteria and will be CEIV Pharma-certified after going into operation.”

The roof of the freight hall will also be home to the first large-scale photovoltaic system at Frankfurt Airport. It will generate 1,550,000 kilowatt hours of electricity yearly – an amount that would power more than 450 four-person households for an entire year. With this move, Fraport is increasing its focus on the use of independently generated renewable energy to cover the electricity requirements of its home-base airport in Frankfurt.