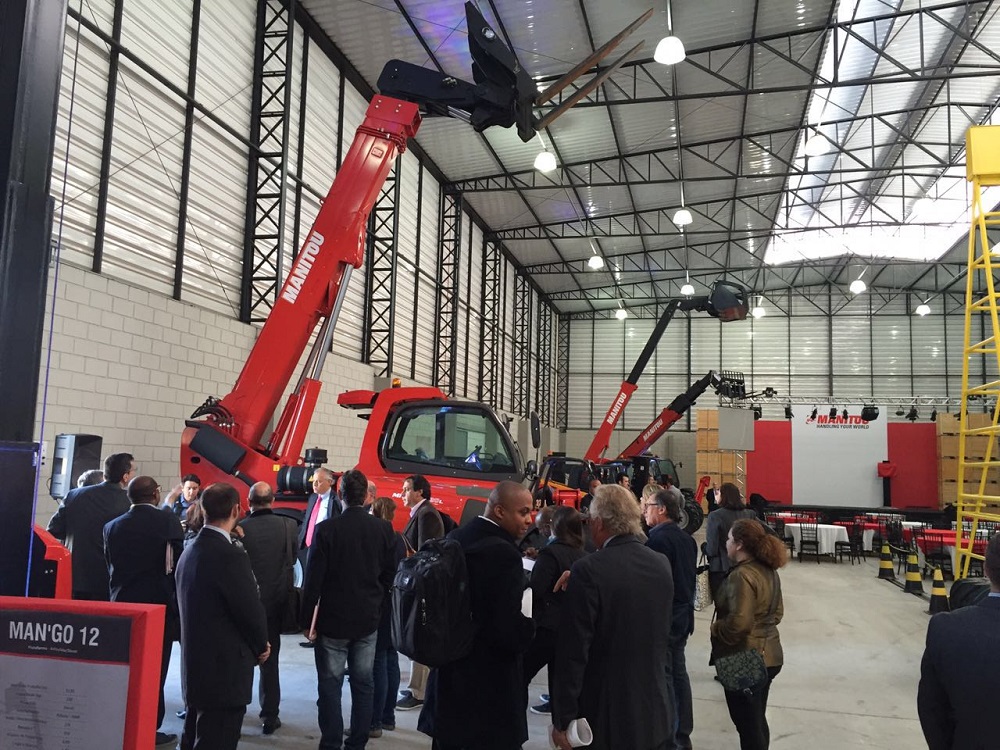 Manitou Group, the French leader in all-terrain materials handling trucks, has inaugurated its new Brazilian subsidiary in Vinhedo (Sao Paulo state). It confirms the international ambitions of Manitou group, which wants to develop new market share, and to strengthen its local presence in the region.

The company has sold Manitou products in Brazil since 2008, working with dealers and a regional office in the country, directly management from France. In 2014, the company initiated a deep analysis of the Brazilian market, and started the commercialization of the Gehl and Mustang brands in the country.

The factory-building strategy process has lasted more than six years, comprising research, studies and many visits, which ultimately led to the opening of the first unit in Latin America, sized at 7,000 m². Since inception, the project has generated more than 300 direct and indirect jobs. “We want to have a sustainable presence in Brazil. This current market encounter difficulties, but we are really confident for the future. It will take time, but our group will be present when we will have favorable economic situation”, said Michel Denis, President & CEO of the company.

It is the companys first production line outside Europe and the United States, where it already has eight plants. The choice of Vinhedo as the site for the factory took into account the ease of access to the airports of Viracopos, in Campinas (SP), and Guarulhos and the Port of Santos, the main entrances of imports and exports in the country.


“Brazil is a very important country for Manitou group, as we see great growth potential here, as with getting FINAME – Machinery and Equipment Financing – it will facilitate the purchase of our machines for the domestic market. Additionally, the country has four major markets for Manitou: mining, construction, industry and agriculture, the latter has the greatest expectation for Brazil”, said Marcelo Bracco, general manager of Manitou Group in Brazil.