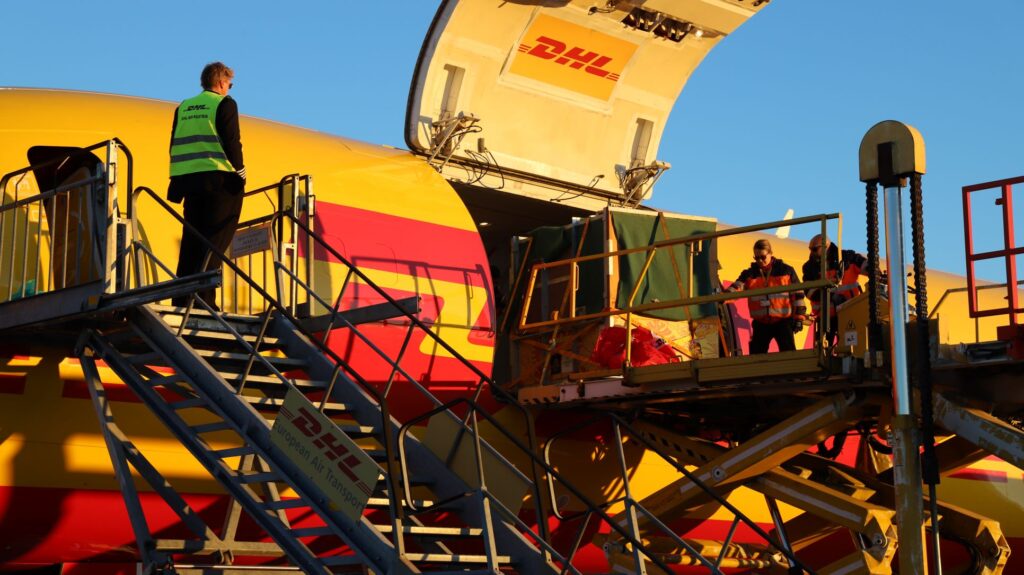 A Western lowland gorilla named Kiburi has made his debut at ZSL London Zoo after global logistics expert DHL Express flew the 193kg silverback to London as part of an international breeding programme for the Critically Endangered species.

The 5ft 4ft (1.62m) tall ape has arrived to lead the conservation zoo’s current troop, females Mjukuu and Effie, and youngsters Alika and Gernot, in the family’s Gorilla Kingdom home – with high hopes the match-making effort will lead to a further increase to the gorilla population.

“Kiburi enjoyed an in-flight meal of nutritious leafy greens, snacked on leeks and a banana and had a refreshing drink of cold fruit tea during his first-class trip,” explained gorilla keeper Glynn Hennessy.

“After spending his first few days at London Zoo settling into his new digs behind-the-scenes, Kiburi today ventured into the troop’s indoor play-gym for the first time, where he enjoyed a breakfast of juicy red peppers and tested out the area’s new rope swings – a housewarming gift from the ZSL team.”

Arriving in London late on Friday 18th November, the silverback slept over at Heathrow Airport before arriving at the Zoo at 8am the following morning; a team of vets and zookeepers at London Zoo was on hand to receive the special delivery, and after giving Kiburi a check-up, introduced him to his new Gorilla Kingdom home.

Gorilla to lead the troop

The exciting move was four years in the making. Following the passing of London Zoo’s male Kumbuka in 2018, ZSL London Zoo began the search for the perfect male to take his place, working with the European Endangered Species Breeding Programme (EEP) co-ordinator for Western lowland gorillas, which holds detailed records on each gorilla in the programme.

“We wanted to find a gorilla to lead the troop in Kumbuka’s stead, which is an important part of a healthy gorilla group’s social structure,” said Hennessy.

“We were excited when they suggested Kiburi, a playful but authoritative silverback who had just come of age. But we wanted to make sure, so we flew out to meet him last November and spent five days getting to know him and watching how he interacted with other gorillas.

“We found him to be a calm, friendly individual and a great fit for our own gorilla family’s dynamic. He loves a lie-in in the mornings and is more active in the afternoon, which is why we spent the past few weeks installing lots of fun new climbing apparatus for him to enjoy – when he ventures out of bed!”

Kiburi will spend the next few weeks exploring the rest of his new Gorilla Kingdom home – which includes a lush private island, complete with hidden caves, giant jungle gym and a flowing stream. His slow introduction to his new troop will be in time for their first family Christmas.

“Like any blended family, when getting to know each other it’s important to take thing slowly, so we’ll be keeping a close eye on the troop and introducing them to each other face-to-face at a pace that they’re comfortable with.

“We’re so pleased Kiburi has joined us here at London Zoo, and are grateful to DHL for the first-class care they gave our oversized package throughout this carefully planned delivery.”

“ZSL is working to protect the species at ZSL London Zoo by taking part in this vital global breeding programme, while investigating wildlife diseases at ZSL’s world-leading Institute of Zoology, working with partners in the field to strengthen wildlife protection and surveillance, and empowering local communities to combat wildlife crime.

“In time we hope to hear the pitter patter of tiny gorilla feet once again in Gorilla Kingdom – adding to the dwindling population numbers of this Critically Endangered species.”

Roy Hughes, EVP Network Operations & Aviation Europe at DHL Express said: “Helping Kiburi move to London has been a huge privilege. The logistics effort behind transporting him was no mean feat but our team of experts, working closely with ZSL London Zoo and Loro Parque, went to every length to ensure his journey was safe and comfortable. Everyone at DHL is very invested in this conservation move, and we look forward to seeing Kiburi enjoying his new Gorilla Kingdom home.”