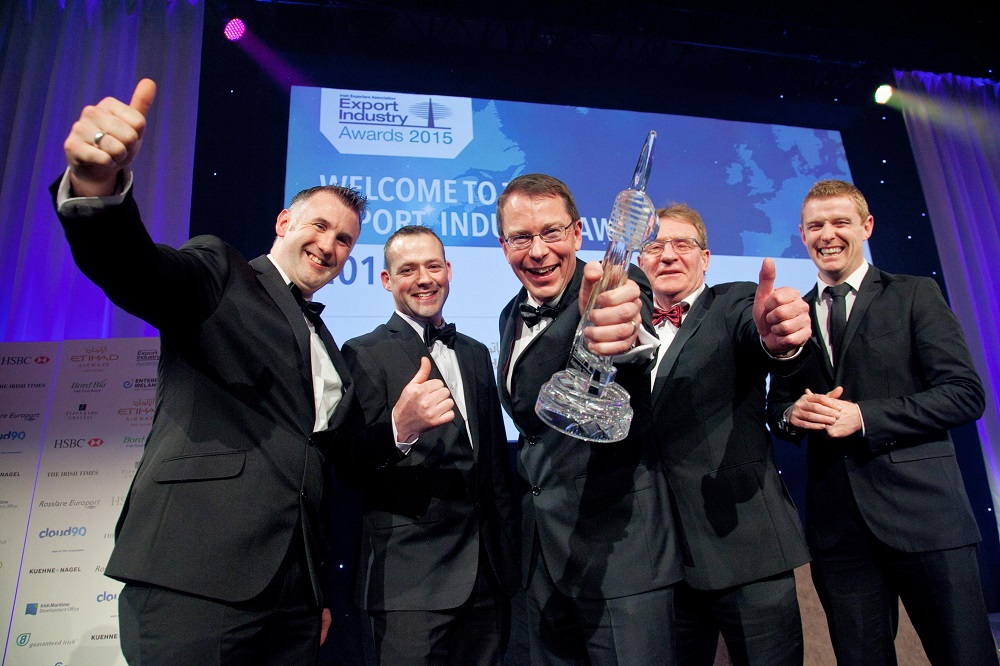 Combilift developed the world’s first IC engine-powered all-wheel-drive multidirectional forklift and today exports its wide range of handling products to over 75 countries. Sales in the period from 2012 to 2014 rose by 48%, underlining the companys almost unprecedented success in its industry sector.

Speaking at the Awards Ceremony, Hugh Kelly, President of the Irish Exporters Association said: We are delighted to announce Combilift as the winner of the overall Exporter of the Year 2015. Since it was established in 1998 by Martin McVicar and Robert Moffett, Combilift has grown to become a global leader in its field. The standard of Award entrants this year was higher than ever before but our judges were struck by the energy, ability and ambition of Combilifts management and employees to deliver strong results, year after year. They commended the continuous innovation evident in the companys product range, its standards of excellence in manufacturing and its contribution as a substantial employer in the Monaghan region. We wish Combilift every success in the years to come.

Combilift MD Martin McVicar commented: We are very honoured to have our achievements recognised by the IEA with the overall Exporter Award. We are also particularly proud to have come out on top in the Multinational Category where we were up against some very tough competition from major concerns such as Irish Distillers, Valeo Vision Systems and ABP Food Group.