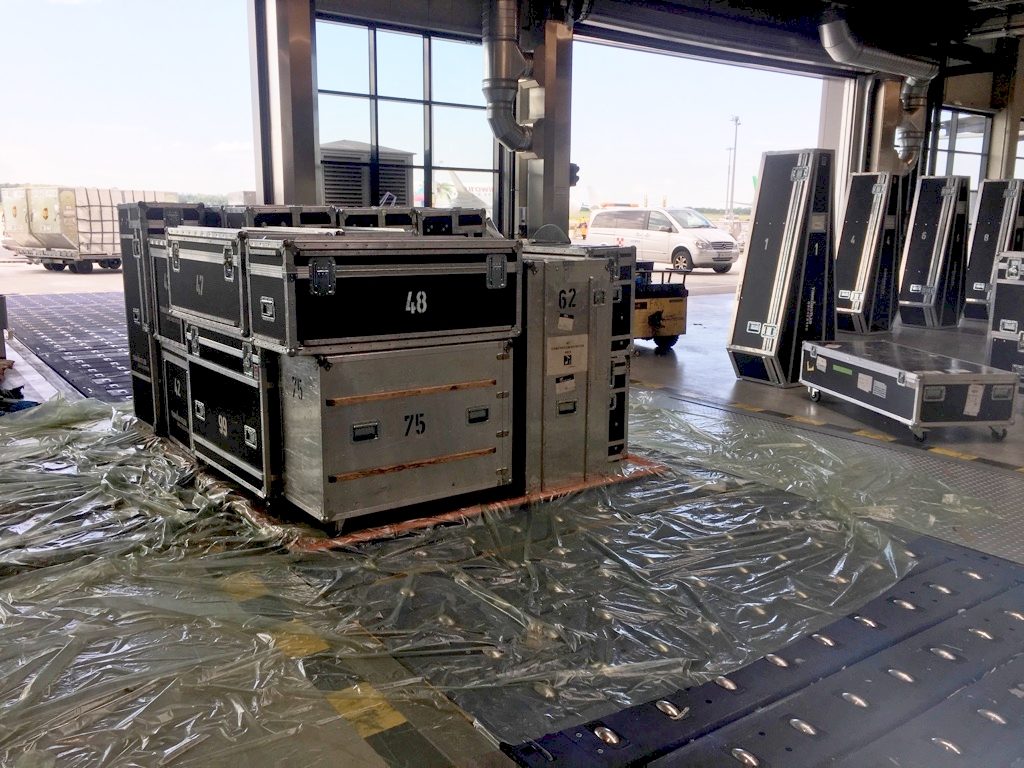 Specialist provider cargo-partner is known for its skill in handling challenging airfreight transports, independent of shipment volume or target destination. The case of an internationally renowned symphonic orchestra from Austria, for which cargo-partner transported all instruments to Japan, represents one example of such a challenge which cargo-partner solved without issue.

International orchestra tours by Austrian artists are regarded as exquisite musical delights throughout the world, and the travelling musicians are cherished as ambassadors of the country’s musical tradition. Austria has built a reputation as a homeland of high culture, and in the realm of classical music, many people associate the country in the heart of Europe with classical greats such Mozart, Schubert, Mahler, the Strauss family and more.

In the middle of the year, a renowned concert tour organizer approached cargo-partner with the request to manage a comprehensive orchestra shipment from Austria to Japan. Since the company had successfully cooperated with cargo-partner on a range of similar transport projects before, the info-logistics provider was chosen as the first point of contact. The shipment comprised all the orchestra’s instruments as well as the corresponding special equipment, which amounted to a total weight of 7,679 kilograms and a shipment volume of 46 cubic metres. To ensure security and optimal handling, cargo-partner’s airfreight specialists used five PMC containers and one AKE container to bring the goods safely to their destination. In total, the shipment consisted of 63 packing units of various shapes and sizes containing the shock- and pressure-sensitive and, in some cases, highly valuable instruments. Special attention was paid to efficient container loading in order to achieve low transport costs for the customer.

Once the date for the beginning of the tour was set, cargo-partner worked out several transport options and offered these to the tour organizer to choose. After close consultation with cargo-partner, the customer decided on PRIORITY airfreight service from Vienna Airport to Osaka Kansai. cargo-partner’s experienced staff in Vienna took care of packaging the instruments, handling and screening the shipment and obtaining Carnet ATA clearance. Carnet ATA is an international customs document which is used in temporary import, export and transit in place of the otherwise required customs documents of the pertaining country. As such, it acted as a “passport” for the musical orchestra’s tools. After cargo-partner had successfully handed the transport over to the local agents specified by the tour organizer, the symphonic orchestra performed almost daily over a span of 17 days in various Japanese cities such as Osaka, Nagoya and Tokyo.

An additional challenge was presented by the organizer’s tour schedule, since the return transport had to be prepared before the final concert tour route was fully decided. Despite multiple changes in the schedule, cargo-partner proved its flexibility by planning ahead and securing the necessary cargo space with several airlines well in advance. When the final schedule for the concert series was set, the flight back had to be organized as quickly as possible, since the instruments were urgently needed two days later in Vienna due to other commitments.

After the last concert in Sapporo, the instruments were transported back to Vienna on a direct flight from Sapporo New Chitose, including comprehensive support after the shipment’s arrival in Vienna. Following the smooth handling of the entire transport project, the customer was particularly satisfied with the flexibility and reliability provided by the cargo-partner team, the frequent status updates as well as the personal effort to provide excellent service under the given time constraints.