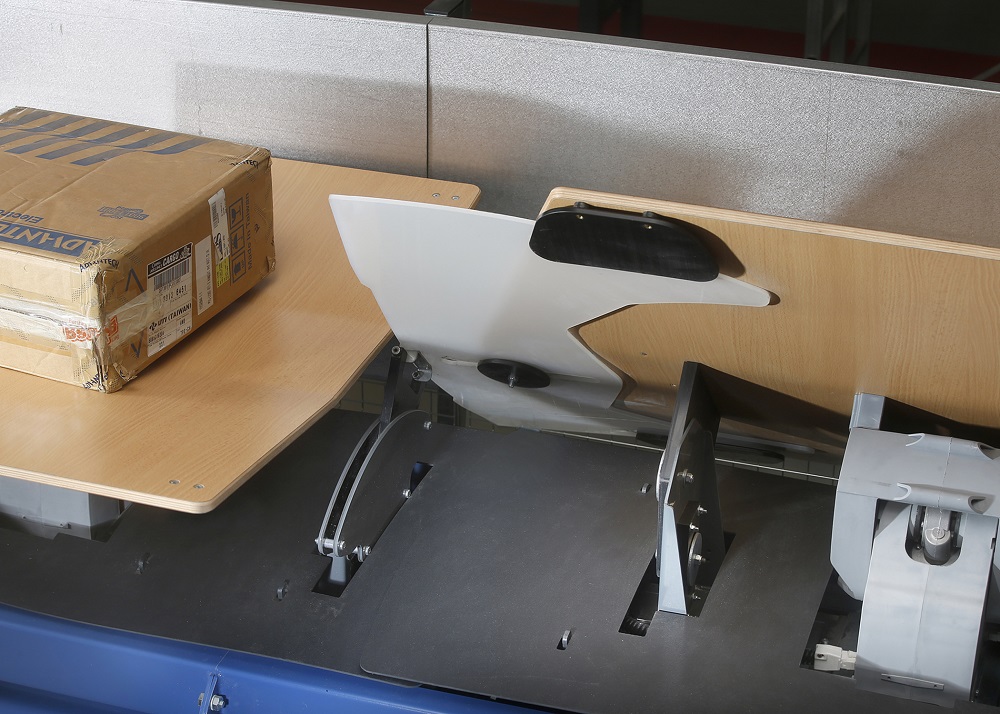 BEUMER Group – a leading global supplier of automated material handling systems – has developed TrayDeck as an effective solution to tilt-tray sorter stoppages caused by loose items falling from the tray and becoming trapped in the gap between trays. This is a common cause of sorter jams and stoppages which reduce the efficiency and throughput in parcel and post distribution centres.

With TrayDeck both capacity and energy consumption of the sorter remain unaffected whilst the risk of unplanned downtime is minimised explains Finn Laugesen, Director, Customer Support, BEUMER Group.

TrayDecks movable deck accurately follows the movement of the sorter to eliminate the gap between trays whilst allowing them to remain tilted as they enter a curve.

TrayDeck can be used in new installations or as an upgrade to an existing system. Retrofitting TrayDeck onto a legacy tilt-tray sorter is a plug-and-play installation which can be managed by Crisplants Customer Support team and carried out by the in-house technical or maintenance teams.

The use of TrayDeck as a retro-fit upgrade has been thoroughly tested in legacy Crisplant tilt-tray installations and is currently being installed on a number of sorters in the Middle East and the Americas.