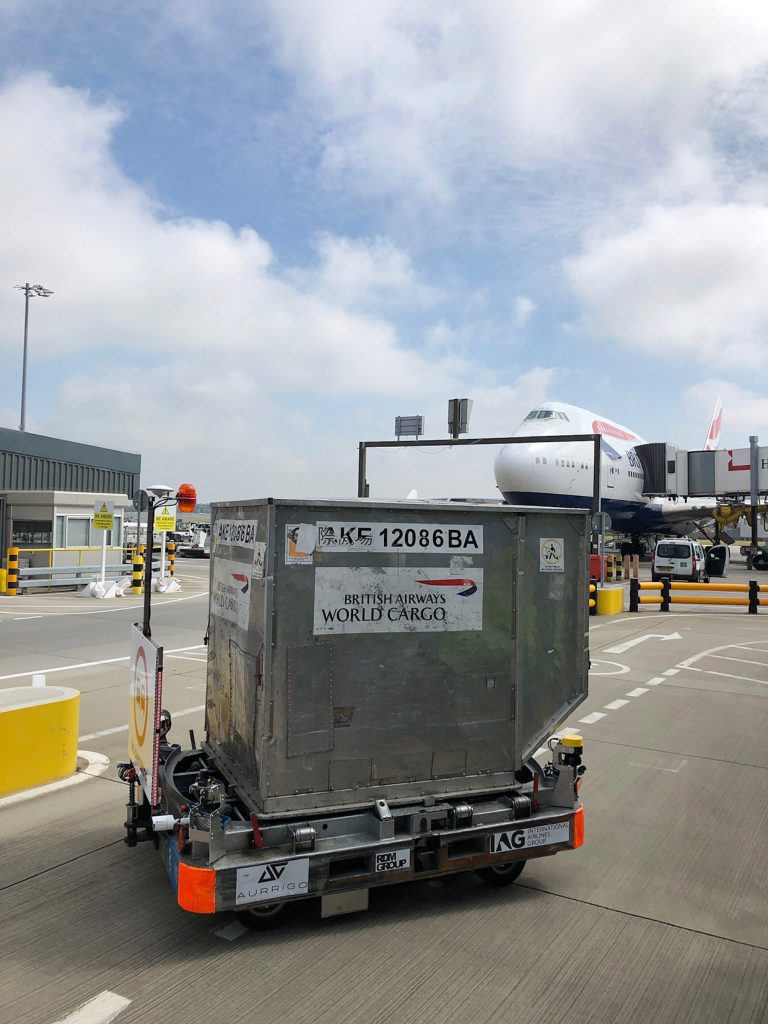 The company was approached by International Airlines Group (IAG) to use its driverless expertise to develop the world’s first autonomous baggage carrying dolly.

The trial started in March and has seen an existing dolly converted using LIDAR and GPS technology into a self-driving, electric vehicle that promises to increase the speed of loading and unloading luggage at airports throughout the world.

Working with British Airways (BA), the adapted dolly has been moving around Terminal 5 at Heathrow Airport and is now also operating in the baggage handling area.

Designed, developed and manufactured at Aurrigo’s advanced engineering centre in Coventry, the firm will now embark on a global marketing programme to talk to the world’s airports and airlines about retrofitting existing dollies to make them fully autonomous and to explore production of a new range of super lightweight versions for extended operational performance.

“Until you have seen it first-hand, it’s difficult to explain how big an operation it is moving bags around an airport. In Terminal 5 alone, BA operates around 900 dollies,” explained Richard Fairchild, Operations Director of Aurrigo.

“The current method is to have one manually driven tug towing three dollies behind. It can’t move until they are all full, which means there are a lot of empty dollies waiting around.”

David Keene, Chief Executive Officer of Aurrigo, concluded: “Our driverless pods are now in operation all around the world and the work with IAG and BA shows how similar technology can be used in a completely different industry to deliver significant results.

“We are now exploring different ways where we can create the production line and supply chain to rapidly build thousands of these autonomous dollies. The world really is our oyster on this one.”