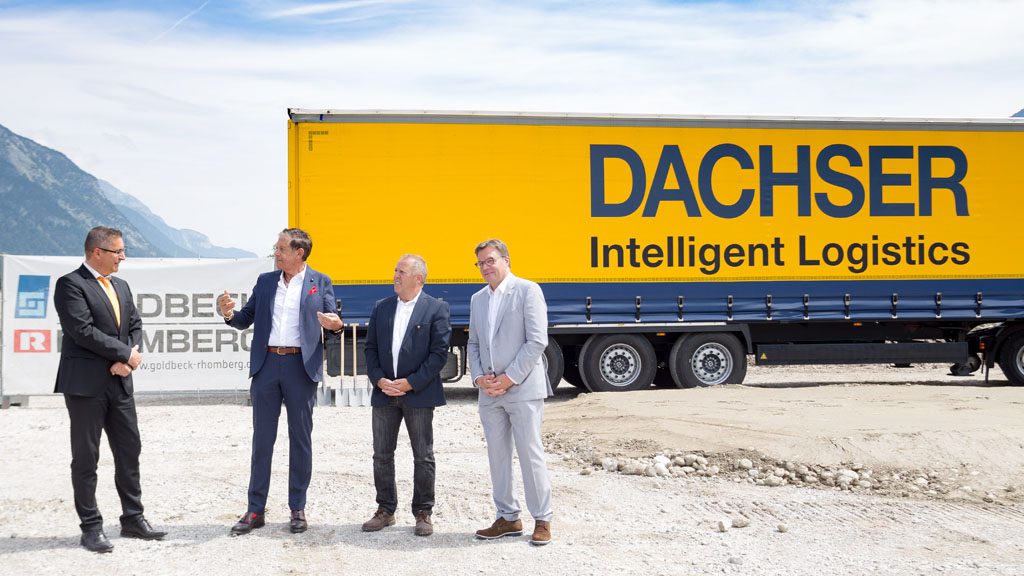 Dachser is investing about €6.5 million in a new 20,000 sqm facility in Stans in Tyrol, Austria. Dachser Austria has now held the symbolic groundbreaking ceremony for the new terminal, which is scheduled to begin operations in late 2017 and will create 40 new jobs.

Dachser’s new logistics center in Tyrol will provide customers with comprehensive transport and warehousing logistics, replacing its site in Hall. The facility will have 30 gates and a storage and logistics area covering approximately 4,700 square meters. Another section of the building offers space for additional loading stations and parking spaces.

With both Günther Platter, governor of Tyrol, and Michel Huber, mayor of Stans, in attendance, Dachser’s managing director European logistics Dachser Austria Günter Hirschbeck and his Tyrolean team performed the symbolic breaking of the ground at the Tyrol logistics center. “Over the next few months, a modern facility will be erected at this site, which will form an important part of the logistics network in western Austria and beyond,” Hirschbeck said in his opening speech. “With this new site, we are supporting the region and are adding 40 new jobs to the existing 45,” he said.

Starting in late 2017, Dachser’s Stans-based facility will offer its customers everything from a single source: customized contract logistics services and a direct connection to the seamless European transport network and worldwide air and sea freight services by Dachser Air & Sea Logistics.

With ten locations in Austria, Dachser has a strong branch network with which to offer its customers ideal market proximity. The Tyrolean terminal will deliver precision-timed shipments to 362 locations throughout Europe. Daily shipments to eastern Europe and the Balkans will go through the Eurohub in Bratislava, Slovakia.