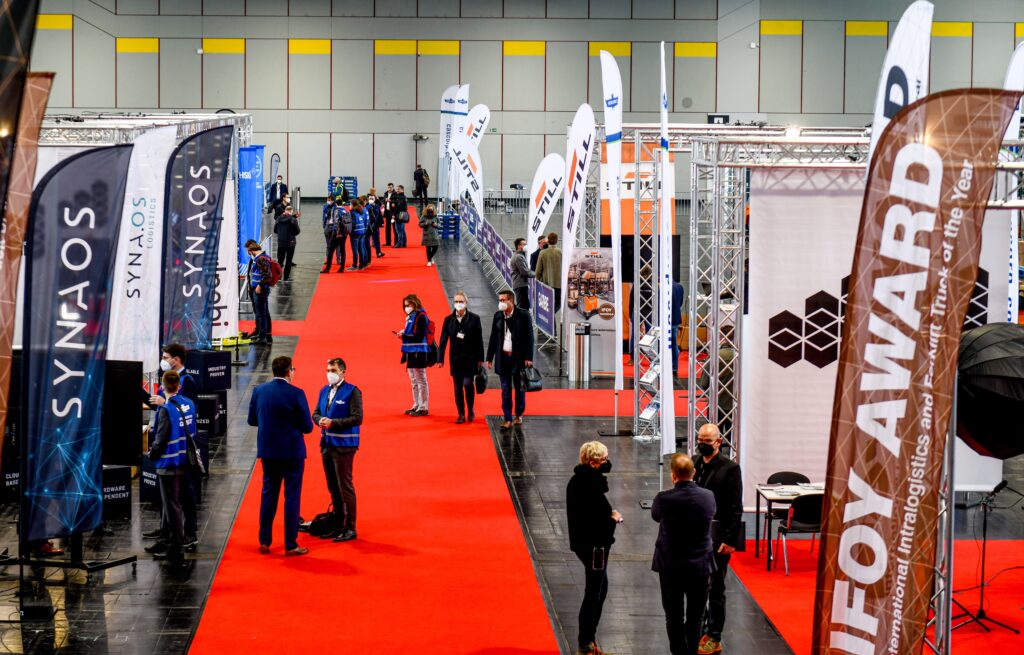 At the IFOY Test Days in Dortmund, 17 nominees for the International Intralogistics and Forklift Truck of the Year (IFOY Award) underwent five days of multi-stage testing. Never before have so many products and solutions been in the final for the “Oscars of intralogistics”, and that despite the corona pandemic. Almost 600 participants followed the IFOY Test Days over five days.

From March 22 to 26, the nominees in the ninth round of the competition were critically tested by an official tester, a team of researchers and the international jury, some of whom were digitally connected. Representatives of the 14 manufacturers received the “Best in Intralogistics” certificates for their nominees from Gordon Riske, Chairman of the Board of the VDMA Materials Handling and Intralogistics Association.

In the Test Camp Intralogistics, almost 100 logistics experts from industry, trade and logistics services tested this year’s finalists as well as nominees from previous years in the 8,400 square metre hall. From forklifts and warehouse technology equipment to AGVs and software, specials and solutions from five start-ups, a total of more than 30 products and solutions were available in the test arena.

At the beginning of the three-stage IFOY audit for the nominees was once again the practice-oriented IFOY test by Dutch intralogistics expert Theo Egberts. He compared the finalists with the relevant solutions and equipment in the competition. The industrial trucks went through standardised driving and functional tests, including the IFOY test protocol comprising more than 80 criteria, which takes into account factors such as sustainability, economy, safety and ergonomics of the nominees.

In the second part of the audit, researchers conducted the IFOY Innovation Check. Scientists from Fraunhofer IML and the Technical Universities of Munich and Dresden assessed the nominees in terms of market relevance, customer benefits, type of execution and degree of innovation. The audit was concluded by the assessment of the 26 jurors and their approved advisors. The jury members, trade journalists from all continents, were presented with all the results of the IFOY Test as well as the IFOY Innovation Check for the voting.

A novelty this year was the live test of the VDA 5050 interface. The world premiere of the so-called AGV Mesh-Up of the VDMA Association for Materials Handling and Intralogistics took place as part of the Test Camps Intralogistics. On an action area, the participating experts were able to watch various AGVs from different manufacturers that drove under a uniform control system and communicated in a common data language. The project was set up by a group of AGV users and manufacturers under the coordination of the German Association of the Automotive Industry (VDA) and the VDMA Association for Materials Handling and Intralogistics. The manufacturers arculus, DS Automation, the KION Group with the Still brand, Safelog, Siemens and SSI Schäfer were represented in this test.

In order to protect all participants from infection with the coronavirus, a comprehensive safety and hygiene concept was developed for the IFOY Test Days 2021 and published on www.ifoy.org. All participants made rapid antigen tests. To give foreign intralogistics experts who could not travel due to the corona pandemic the chance to give an insight into the IFOY Test Days, the IFOY Award organisation developed a digital concept consisting of live streamings and short videos about the nominees. They were put on the IFOY Award social media channels.

Neither the participants of Test Camp Intralogistics nor the nominees will find out who has won an IFOY Award during the IFOY Test Days. They will have to wait until the IFOY Award Night, the date of which will be announced in due course.