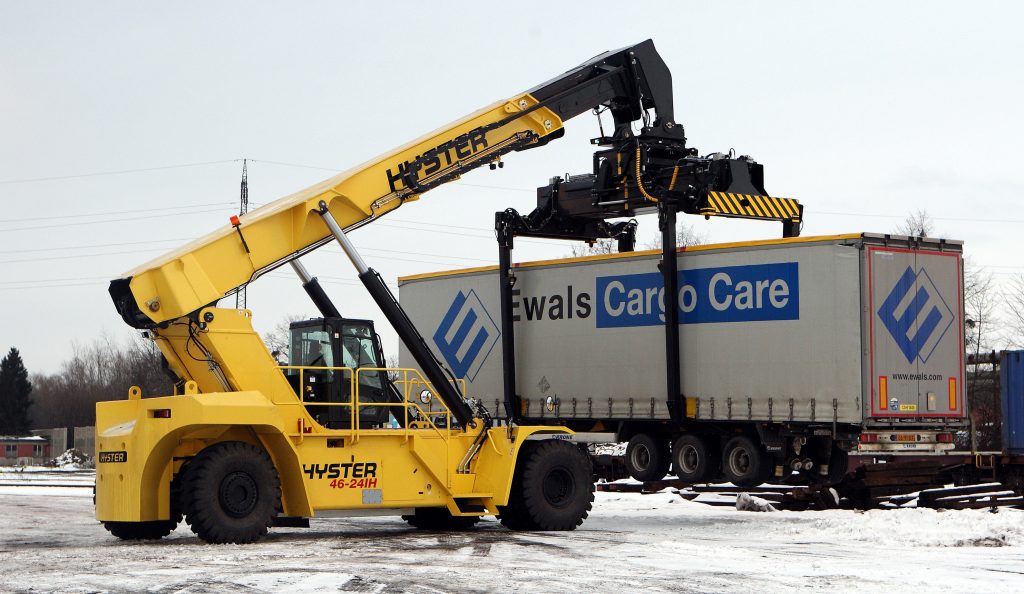 Hyster has entered into a non-binding Memorandum of Understanding to provide Hamburger Hafen und Logistik AG (HHLA) with two Hyster electric container handling vehicles, including the first-ever empty container handler powered by fuel cell technology in a real-world application. In addition, this will be the first Hyster terminal tractor supplied in Europe. Both units will be powered by Nuvera fuel cells and run on hydrogen fuel produced locally at the HHLA Hamburg Green Hydrogen Hub.

Fuel cell-powered clean port equipment from Hyster is a key component of the ‘Clean Port and Logistic’ programme and subsequently HHLA’s H2LOAD project aiming to achieve climate neutrality across the HHLA group by 2040. The initial agreement is for two hydrogen-powered vehicles. The delivery of the terminal tractor is planned for late 2022, with the empty container handler to follow in early 2023.

“The ‘Clean Port and Logistics’ programme, a joint initiative of HHLA and other European companies, aims to operationalise and test the next-generation hydrogen-powered port equipment in order to reduce emissions in port handling and the associated logistics chains,” says Georg Böttner, head executive board projects, HHLA.

“The results of this programme will be the basis for a possible scaling up of further zero-emission hydrogen-powered port equipment, which is a part of our ‘H2Load’ project that was selected by the German government as one of the Important Projects of Common European Interest. This initiative is a further step as we help lay the foundation for a strong hydrogen economy not only in Hamburg, but elsewhere in Germany and Europe.”

The hydrogen fuel cell-powered equipment from Hyster will be deployed at HHLA Container Terminal Tollerort (CTT) in Hamburg. It is planned to equip CTT with a refuelling infrastructure and connect the terminal to the future Hamburg hydrogen grid. A possible phase two of the H2LOAD project includes the rollout of hydrogen fuel cell equipment and infrastructure to several HHLA locations in Central and Eastern Europe.

The hydrogen fuel cell-powered empty container handler is a result of intense collaboration and rigorous application analysis. It will be powered by a single, 60kW Nuvera fuel cell, while the terminal tractor will be powered by a 45kW Nuvera fuel cell. Both trucks will share many of the same components such as drive motor, battery modules, converters, hydrogen tanks and controls. This design approach offers a level of familiarity for operators who have experience with other Hyster big trucks and helps limit complexity, cost of design, manufacturing, service and maintenance.

“We are transforming the way the world moves materials, from busy ports moving shipping containers to the warehouses responsible for bringing goods right to your front door,” says David LeBlanc, president, technology solutions division, Hyster-Yale Group – parent company of Hyster and Nuvera. “This project with HHLA truly exemplifies that. We relish the opportunity to leverage our combined resources to push container handling forward.”