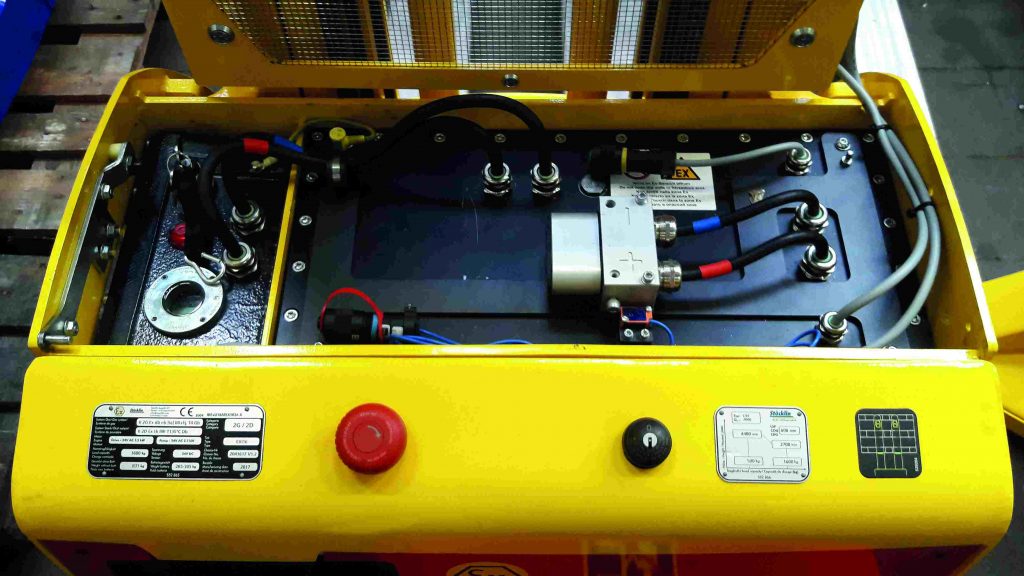 Stöcklin Logistik AG has developed what it claims is the world’s first lithium-ion battery for use in explosion-protected areas. Now warehouse trucks for zones 1 (2G) and 21 (2D) can be equipped with these LiTex while they can be charged in Ex Zone 1/21 without danger.

Lithium-ion batteries have long been considered dangerous and liable to trigger fires, which has thus far made their use in explosion-protected areas unthinkable, despite their considerable advantages over conventional batteries. In the development of the LiTex battery, safety was therefore paramount.

“Safety is the overriding directive,” stresses Jörg Backhaus, ATEX representative at Stöcklin Logistik AG and developer of the explosion-protected battery. “From the selection of the battery cells (LiFePO4) and their arrangement to the active balancing and the high level of thermal safety, numerous factors were taken into account in order to guarantee flawless functionality.”

Following the type approval test in December 2019, authorization is now in place for the patented battery, which is guaranteed for problem-free use in gas (zone 1) and dusty atmospheres (zone 21). Thanks to both the flameproof battery housing and the pressurized enclosure in which the charger is housed, the battery can be charged in hazardous areas, which optimizes the use of vehicles powered by the LiTex battery.

Stöcklin Logistik AG has already spent seven years working on the development of lithium-ion batteries, which are in ever greater demand given the technology’s success. Since 2017, every fifth vehicle has left the Stöcklin Logistik AG plant equipped with a lithium battery. A stable trend is also emerging for the still young 2020. Other areas in which the battery may be used are primarily mining, cleanroom technology and offshore platforms, where the lithium-ion battery eliminates the problem of the inevitable “decompression” for battery changes and the risks of lead-acid batteries “degassing”.