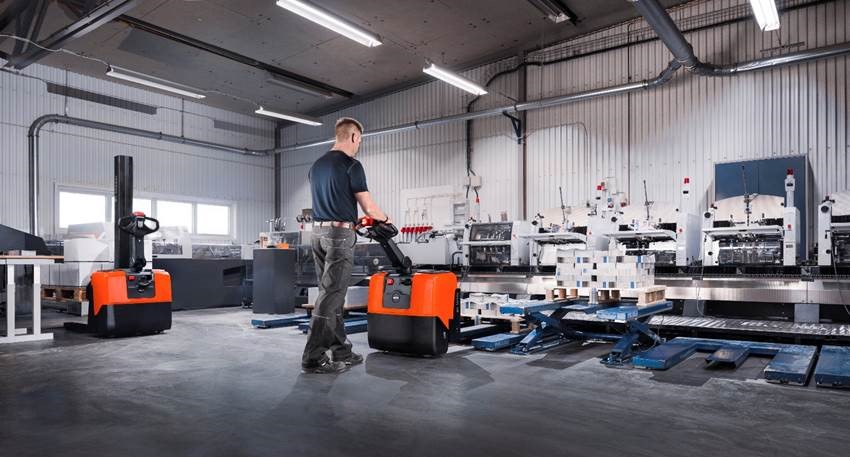 Since 2012, Toyota Material Handling Europe has been continuously assessed by EcoVadis, with focus on key topics including environment, labour & human rights, sustainable procurement and ethics. During recent years, Toyota has consistently received Gold level scores, but now – two years in a row – the Platinum award has been achieved by the company. This is the highest possible score, ranking Toyota Material Handling amongst the top 1% of companies in the ‘general-purpose machinery’ sector.

EcoVadis provides the sustainability ratings of more than 75.000 companies worldwide, based on their environmental, social and ethical performance. Its online platform provides desktop sustainability assessment, allowing 175 multinationals to access ratings of their selected suppliers across 155 countries.

“In my role, I am committed to lead the way and make sure we continue integrating sustainability throughout the way we run our business”, says Ernesto Domínguez, who became President and CEO of Toyota Material Handling Europe last year.

“The EcoVadis assessment system is very important for us, because this makes it easier for our customers to choose the right partners for the future. This audit helps us work in the area of Kaizen [continuous improvement]. I am very proud that we are the first in the material handling industry to achieve platinum recognition. This gives reassurance to our customers and also fulfils our responsibility to inspire others to strive for the highest standards” concludes Domínguez.

Group effort to increase transparency through the network

All Toyota Material Handling’s European factories and local entities undergo this yearly survey, which results in the individual scoring of each entity. This responds to customers’ requests at local level – which have continued to increase since 2020.

In 2018, Toyota Material Handling Europe also received the first ever Supplier Excellence Award from EcoVadis for ‘Best Group Engagement’. The award represented Toyota’s commitment to transparency on the performance of all local entities, Gold rating for 30% of subsidiaries, and a top 3% ranking in the industry.