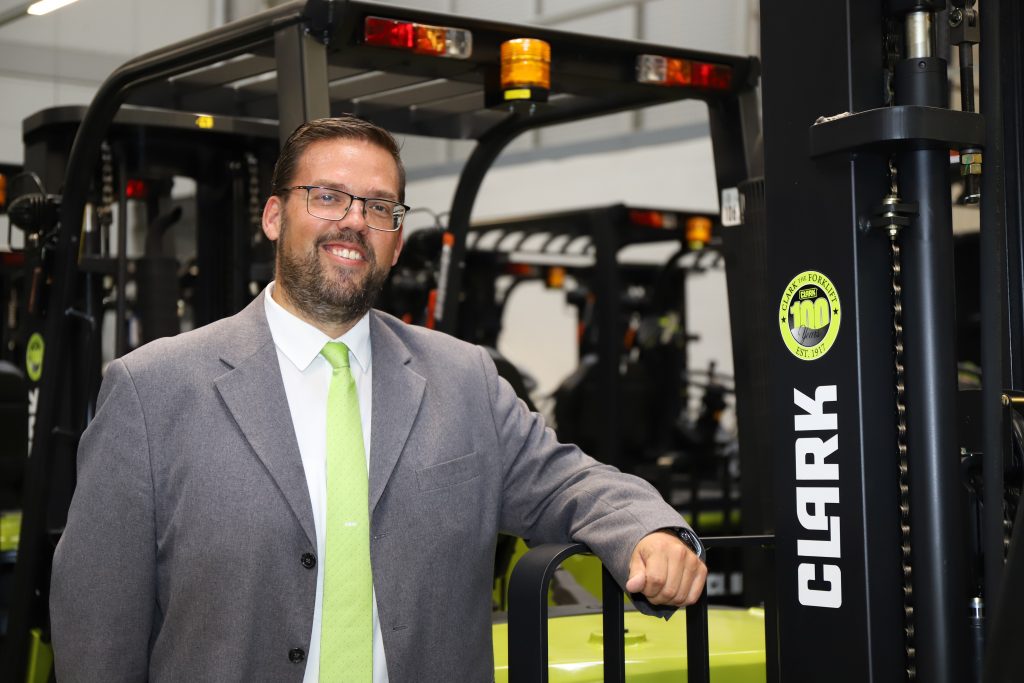 Andy Baldy is the new Parts Manager at Clark, since September 1st. In this function he is responsible for sales, customer service and purchasing. He succeeds Markus Jöckel, who will devote himself to other tasks in the future.

Baldy began his professional career after studying sales management in 2004 at Intrupa BV in the Netherlands in the Customer Service and Marketing department. After the takeover by TVH in 2006, he moved to Büsch Gabelstapler in Kerken – a dealer at that time. Here he first held the position of Junior Sales Manager Industrial Trucks, and later as Sales Manager he was responsible for key accounts and dealers. In 2010 Baldy joined Clark as Parts Sales Manager. His responsibilities included looking after dealers throughout the EMEA region (Europe, Africa and the Middle East), conducting internal and external training and sales support.

Rolf Eiten, President & CEO at Clark Europe: “Mr. Baldy looks back on 10 years of experience at Clark Europe and has been instrumental in the strong growth of our spare parts business in recent years. We wish Mr. Baldy continued success in his new area of responsibility”. As Parts Manager, he reports to Andreas Krause, Chief Operating Officer at Clark Europe.