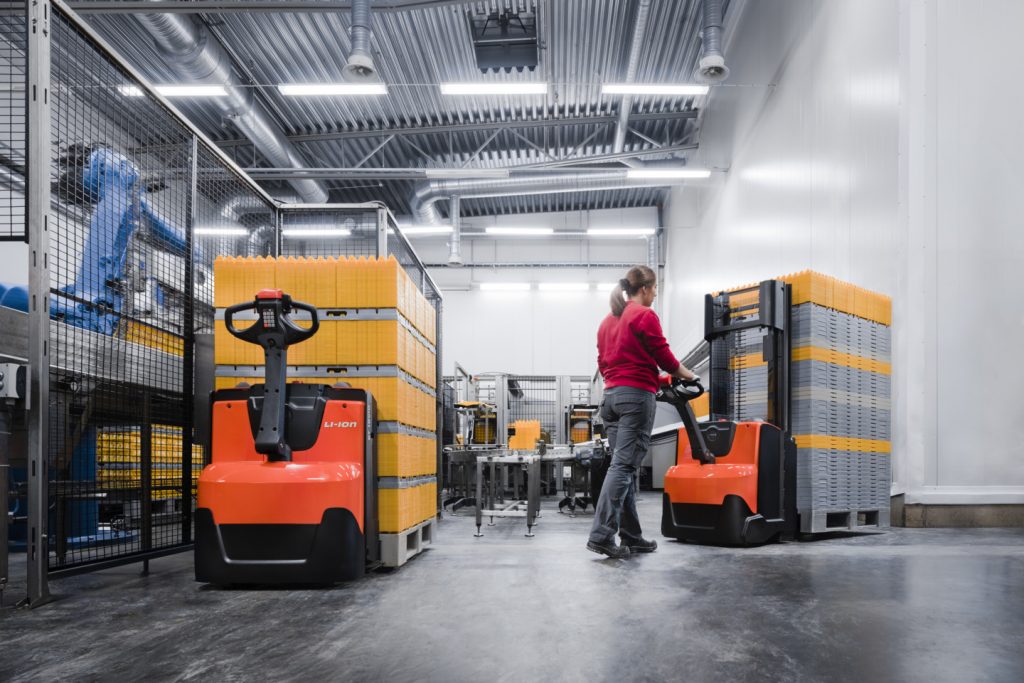 Toyota Industries Corporation (TICO) has been selected for the A-list, the maximum score, in surveys conducted by CDP on climate change for the second year in a row now. Toyota Material Handling Europe, its European operations of the material handling division, has completed activities to reduce greenhouse gas emissions and climate change.

Toyota Material Handling Europe has been continuously contributing to achieve Toyota Industries Corporation’s CO2 targets. One example being the use of carbon-neutral biogas at Toyota Material Handling Manufacturing Sweden in Mjölby, who achieved zero carbon emissions in 2019. The factory is the first of the TICO Group to achieve this, and has been awarded by Tekniska Verken as sustainable company of the year for the many initiatives they have been driving.

Toyota Material Handling Europe hereby demonstrates how low-carbon technology can be both available and affordable for customer companies that are willing to innovate. Receiving the highest rating for the second year in a row shows that these initiatives have been recognised.

“Within our 2019 Sustainability Report, we reported that CO2 emissions from internal operations (factories and sales companies) in Europe have grown by zero % since 2012. At the same time revenues have grown by 54% over the same period, and we are continuing to work towards further reductions. For example, we are committed to buy 100% electricity from renewable resources from 2020 onwards. This will further reduce emissions by 15%,” says Tom Schalenbourg, Sustainable Development Director at Toyota Material Handling Europe.

Toyota Industries Group formulated its ‘Ideal state in 2050’ in March 2016 and consolidated its activities for the five years from FY2017 to FY2021 in its ‘Sixth Environmental Action Plan’, which it is currently implementing.

In the future, Toyota Industries Group will continue to respond to climate change as a key issue. Furthermore, the company will contribute to the realisation of a sustainable society through global environmental conservation activities.

CDP (formerly the Carbon Disclosure Project) is a global not-for-profit charity launched in the U.K. in 2000 that promotes reduction of greenhouse gas emissions, and protection of water resources and forests by companies and governments.