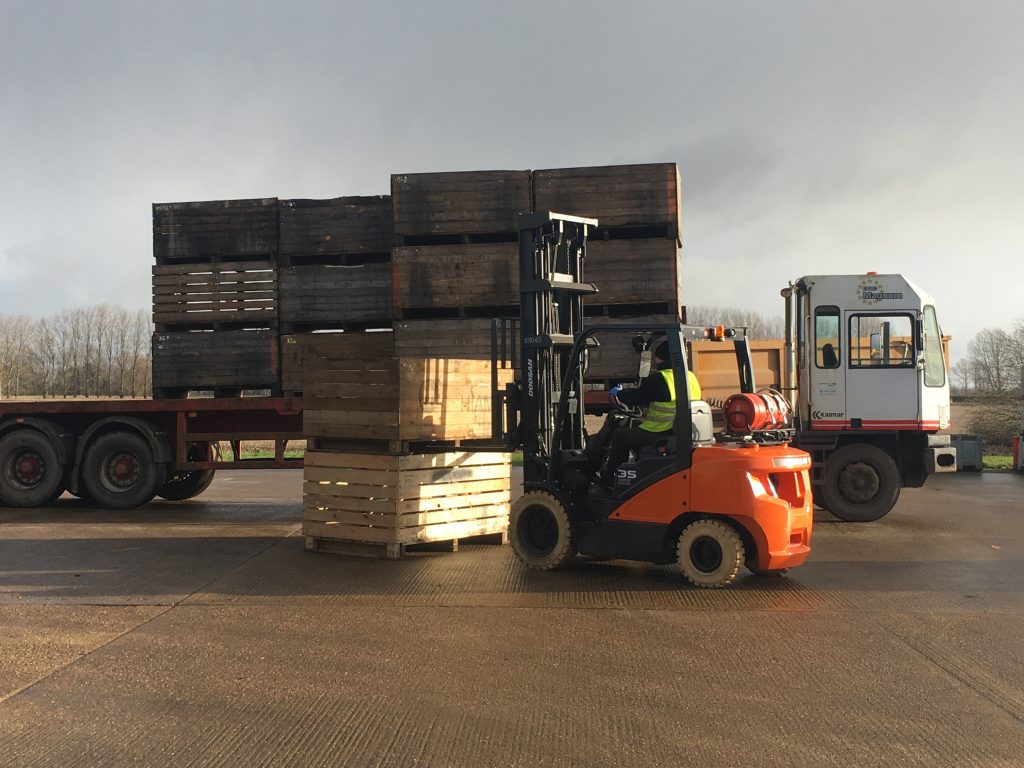 Tompsett Burgess Growers has been farming, processing and storing carrots, parsnips and onions for over 50 years at Whitehall Farm near Ely, Cambridgeshire. With around 1050 acres of prime fen land, the family business produces over 75,000 tonnes of carrots and 9000 tonnes of parsnips a year, and with a late crop of carrots grown in Tayside, Scotland, Tompsett Burgess Growers is able to supply washed, graded and processed carrots to UK and European markets 52 weeks a year.

Moving heavy boxes of produce between processes, loading lorries and stacking boxes laden with root crops is punishing work that demands a fleet of robust and reliable forklift trucks. And working long hours throughout the year – inside and out, in all weathers – places a heavy onus on the fleet’s ability to perform under tough conditions. Ensuring consistent throughput on site and smooth loading of vehicles is absolutely essential to the efficient running of the business.

An on-going strategy for many years at Tompsett Burgess Growers has been to standardise the fleet on Doosan counterbalance trucks. So when it came to replacing one of its three hardworking Doosan trucks the business chose to replace it with one of Doosan’s latest 3500 kg capacity G35C-7 series gas powered counterbalance forklift trucks, complete with 3-stage free-lift mast.

Dan Regan, Plant Manager at Tompsett Burgess Growers, explains the importance of sourcing from one supplier of materials handling equipment. “We keep with the one supplier of forklift trucks as the Doosan trucks are tough and reliable and get the job done. It’s also convenient and straightforward when it comes to short-term hire, as we hire two extra trucks for handling onions from the middle of August to the middle of October, as well as at other peak times. It makes the paperwork very simple,” he says.

On site at Tompsett Burgess Growers the new Doosan G35C-7 is primarily designated to duties in the onion store as it has a 3-stage free-lift mast well suited to stacking heavy boxes of onions up to 6m high. But it is equally well equipped for yard work loading lorries or for operating inside the factory where carrots are washed and graded.
“Although, principally, a standard vehicle there was one extra item we needed on the new truck,” says Dan Regan. “We asked for a fourth lever to be fitted, so that we could use the new truck with our roll-over attachment, used in loading hoppers for bag-filling or tipping root crops into trailers.” White tyres were also fitted for clean working in the carrot washing facility.