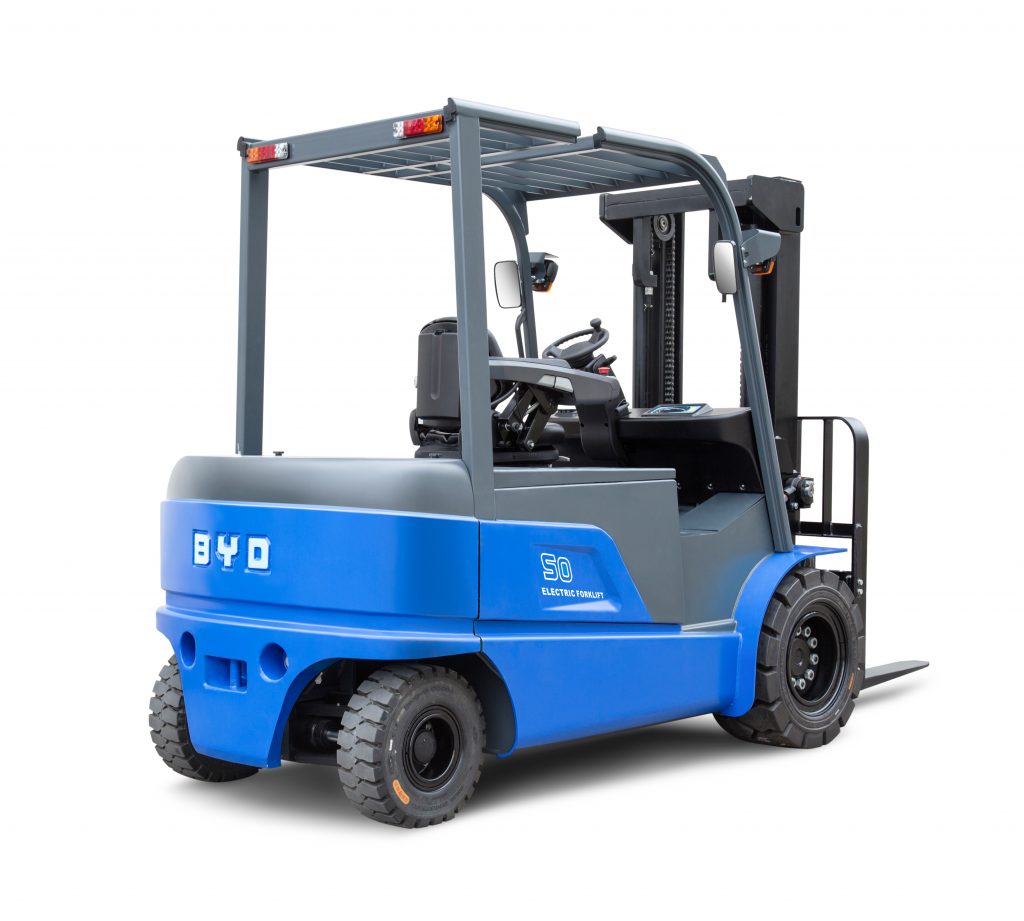 BYD, which is well-known as a maker of zero-emission public buses, is celebrating its 10th anniversary as a producer of Lithium Iron-Phosphate battery-powered forklifts by launching to the market its BYD dual-charging system, promising its customers industry-leading recharge speeds. It is also bringing to the market the latest generation of the BYD PTP20P Stand-On Pallet Truck.

The BYD dual-charging system – available initially for the IFOY Award-nominated ECB50 counterbalance forklift – offers two charging ports to the material handling equipment, effectively doubling the charging speed when connected to a pair of charger guns each offering 200A when plugged into a single compact, intelligent BYD charger. In environments where high productivity relies on maximum availability of the material handling fleet, such as high-throughput warehouses and cross-docking facilities, the BYD dual-charging system will ensure industry-leading levels of uptime.

In 2020, BYD celebrates its 10th year as a manufacturer of Lithium Iron-Phosphate battery-powered forklifts, longer than any of its competitors in the forklift market. It is a global market leader in renewable energy solutions, and is the only forklift maker that designs, manufactures and develops its own batteries, thus ensuring it can bring benefits from technological advancements directly and rapidly to market.
“We are excited to announce the BYD dual-charging system as we celebrate our 10th anniversary as a forklift manufacturer,” says Blade Feng, Forklift Business Unit Director at BYD Europe. “As a pioneer in the rapidly developing Iron-Phosphate powered forklift sector, we are continually innovating to ensure our customers are provided with the means to operate at maximum efficiency with the smallest-possible impact on the environment. Our dual-charging system not only provides rapid charging, but also does so in a safe and sustainable manner.”

BYD is also launching to the market its second-generation BYD PTP20P Stand-On Pallet Truck, which was initially scheduled for its world premiere at the cancelled LogiMAT 2020 trade fair.