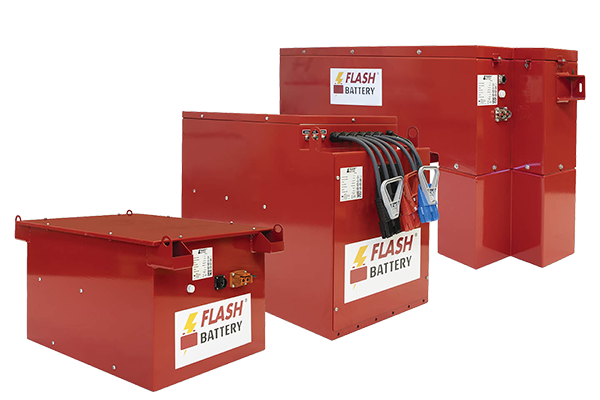 Flash Battery’s revenues for 2021 amounted to €17.3m, up 25% on the previous year, meaning that the company has consolidated its leadership role in the production of lithium batteries for industrial machines and electric vehicles.

With 2020 having seen a 5% growth in revenues despite a slowdown in production in the first half of the year due to the Covid-19 pandemic, in 2021 the company, based in Sant’Ilario d’Enza (Emilia-Romagna, Italy), also registered a significant increase of 16% in new hires, bringing the total number of employees to 65, more than a third of whom are involved in R&D activities.

Marco Righi, CEO of Flash Battery, SAID: “2021 was a very important year for us. While results include a significant increase of 25% in foreign revenues, what stands out above all is a series of factors that have enabled us to reinforce our development strategies on the domestic front, but also on international markets, where we are already present in 54 countries.”

Among the elements underlined by Righi are the opening of the new headquarters (150 workstations, investment of €7.5m), significant investments in research, participation in major European Union electrification projects, and the forging of new commercial partnerships in several European countries characterised by the highest levels of dynamism in their approach to electric power conversion.

“Last year,” explains Righi, “we joined BEPA (the Batteries European Partnership Association), an entity that brings together more than 170 industrial companies, universities and research institutes committed to attaining the goals set out at the end of 2020 by the European Commission in the context of the Horizon Europe Programme. This grouping will pour more than €925m into research and innovation projects in the battery sector. At the same time, Flash Battery has established several prestigious partnerships with highly experienced powertrain system integrators active in the main markets.”

Primary among these are Atech in Germany, Efa France in France and Q-Tronic in Benelux. “Along with Italy,” says Righi, “these three markets are fundamental to the progress of the industrial electric transition, especially considering that together they account for more than 80% of the entire European market for the electrification of industrial machinery and electric vehicles.”

“Our prospects for development,” continues the CEO, “are very much linked to foreign markets, both directly and indirectly. Indeed, 35% of our output is currently directed abroad. However, if we consider that the batteries supplied to Italian customers are installed in machines and vehicles that will be exported all over the world, we can say that more than 80% of Flash Battery’s production is internationally oriented.”

Flash Battery was recognised as the best under-40 enterprise in Emilia-Romagna in 2021. But looking to the future, 2022 is of particular importance, as the company will celebrate the 10th anniversary of its founding by Marco Righi and Alan Pastorelli, now Chief Technology Officer (CTO).

“The electrification market is constantly evolving,” says the CEO. “In recent years we have seen an increasing number of industries willing to take the decisive step towards the electrification of vehicles, machines and processes. Up till five years ago, we would never even have dreamed of electrifying an excavator or an agricultural machine, whereas today, in conjunction with the broad field of logistics, we have developed several electric prototypes in the construction and agricultural sectors, to name but a few.

“As we celebrate our 10th anniversary,” concludes Righi, “we are committed to developing new prototypes of lithium batteries for the electrification of increasingly larger vehicles and machines, combining high performance with a reduction in the environmental footprint of high-powered engines.”