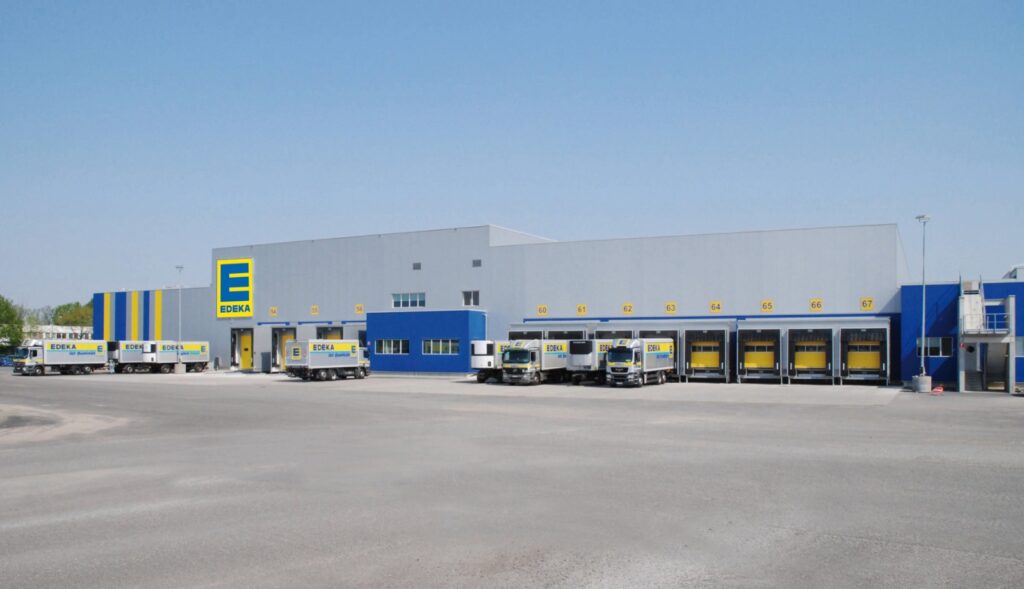 As part of its “Logistics 2030” optimisation campaign, Edeka Nord is again relying on the storage and picking systems of the general contractor Witron from Parkstein, Germany, for the design and implementation of the new regional warehouse in Neumünster.

With 26 latest-generation COM machines, the current largest German food distribution centre that is run by Witron’s OPM technology is being built in the state of Schleswig-Holstein. From mid-2025, Edeka’s DC will supply almost 700 stores of the Edeka Regionalgesellschaft Nord with more than 10,000 dry goods. Edeka Nord and Witron implemented a highly automated central warehouse in Zarrentin (Mecklenburg-Western Pomerania) already in 2015, which was expanded in 2019.

“Our decision to invest in the OPM solution was based not only on economic aspects and workstation ergonomics but also on environmental factors such as CO2 savings in transportation thanks to efficiently packed load carriers for optimal trailer utilisation,” explained Uwe Schmidt, Project Contractor for “Logistics 2030” at Edeka Nord.

The facility with a size of 46,300 sq m includes a total of 70,050 pallet locations, 583,600 tray locations, and 67 highly dynamic stacker cranes. It is designed for a daily picking capacity of 365,750 cases. Most of the cases are stacked fully automatically onto pallets and roll containers by 26 COM machines – without errors and in a way that makes unloading and replenishing in stores easier and faster.

Bulky goods are picked by the logistics staff supported by the semi-automated Witron Car Picking system (CPS). Parallel picking of several orders onto one industrial truck is possible. The Witron Display Pallet Picking System (DPP) places half and quarter pallets fully automatically onto pallets and roll containers. An intelligent Witron IT platform ensures a holistic connection between all processes within the internal and external supply chain and thus guarantees high flexibility as well as process optimisation in real-time.

As already established at the six other automated Edeka and two NETTO sites throughout Germany, a Witron OnSite team will also be responsible for service and maintenance of all processes and system components in Neumünster.