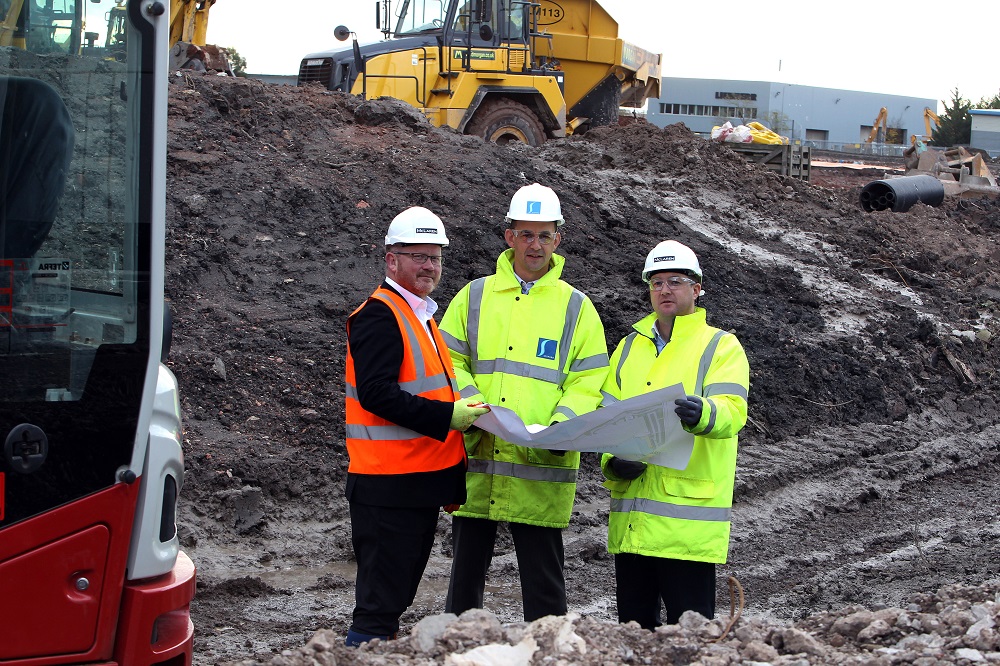 As the companys regional distribution hub for the North West, the 335,275 sq ft facility on the 19.45-acre site, located just off the M6 near Wigan, could create around 800 jobs when it opens next year.

Poundland appointed Stoford to deliver the scheme at the M6 EPIC site, at Lockett Road close to junction 25 of the M6 motorway. Contractors McLaren Construction have been appointed and practical completion is expected in June 2016.

Detailed planning consent was granted by Wigan Council within seven weeks of submission. Poundland, advised by Cushman and Wakefield, has taken a 20-year lease at a rent of ?4.65 per sq ft on the Webb Gray-designed scheme. The Standard Life Investments Long Lease Fund is investing ?30 million to forward fund the development.

Stoford joint managing director Dan Gallagher said: Its fantastic to see work start on the new Poundland warehouse and distribution unit near Wigan. Its a project we are very excited to be involved in and it marks a major investment in the region by Poundland which will generate around 800 much-needed jobs for the area.

Stoford director Gerard Ludlow said: This excellent scheme is the latest of a number of major warehouse and industrial unit development projects for us in the North West. It reinforces our position as the developer of choice for many major occupiers and demonstrates the success of our occupier-first approach to development.

This new North West distribution centre will provide a green high specification distribution hub for the North and ensure that as the store portfolio grows we can continue to deliver amazing value to our customers every day. The expansion of our existing warehouse space follows an extensive search. We are extremely pleased that the development of our new North West Regional Distribution Centre is in Wigan. As we continue to increase our store portfolio we will look to further expand our warehouse space in the future.

Poundland is the largest single price value general merchandise retailer in Europe by both sales and number of stores.

The business is focused on offering a wide range of branded and own-label products at amazing value every day. The Company operates under the Poundland brand in the UK, where it sells its products at the single price point of ?1, and under the Dealz brand in Ireland, where it sells the vast majority of its products for 1.49. Poundland opened its first store in 1990 and has grown to operate a network of over 500 stores across the UK and Ireland, with a long-term target of operating over 1,000 stores in the UK.