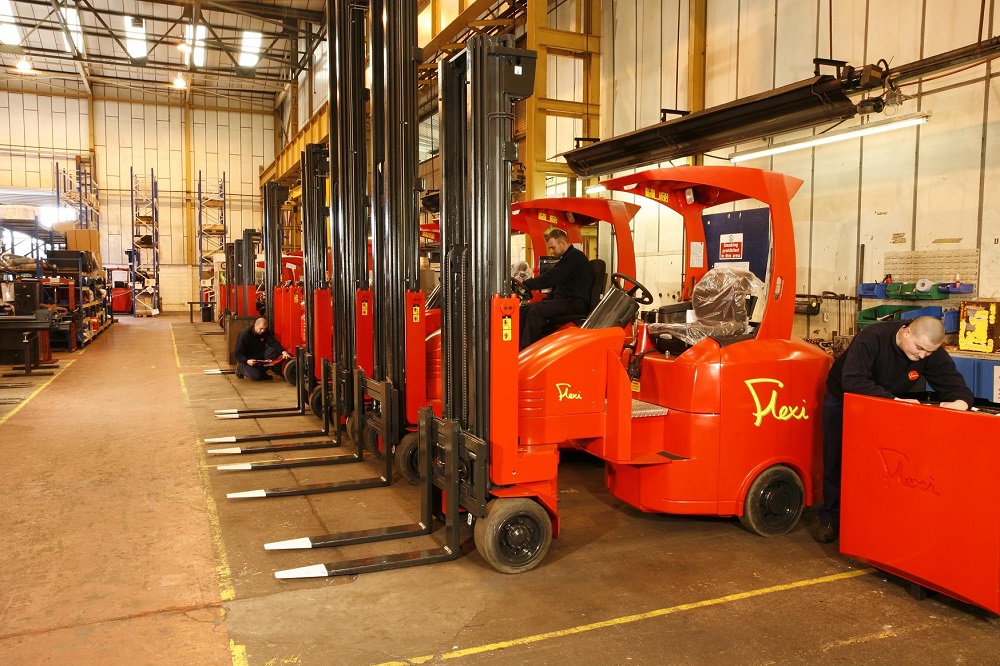 Narrow Aisle Ltd, manufacturer of the Flexi range of articulated forklift trucks and other intralogistics solutions, has announced that global sales of its products reached an all-time high in 2015.

John Maguire, Commerical Director, attributes the companys long term success in part to the number of warehouse operators who, due to a lack of good quality, new-build warehouse facilities on the market, have been forced to reconfigure their existing sites to achieve the additional storage capacity that they require.

The space saving benefits that Flexis provide are increasing, well known and have been proved in the third party logistics industry over many years and the fact that Flexi technology enables far more efficient use of the available storage cube makes the trucks now particularly attractive to those companies that need to optimise the storage space available to them within their existing buildings, he says.

With warehouse operators in the food and grocery retail sector under immense pressure to reduce costs, the Flexi StorMAX AC system is claimed to deliver a net 50% increase in pallets stored compared to traditional reach trucks and the company also promises huge cost savings and a rapid return on investment for the user.

Early adopters of the technology who have allowed us to completely reconfigure their operations around the Flexi StorMAX have been able to achieve overall project payback in less than 12 months, says John Maguire.

Looking ahead to 2016 and beyond, he says Narrow Aisles development team will continue to work on new product ideas that are capable of lifting increasingly heavier loads to ever higher levels within the confines of narrower storage aisles.

We have a number of fresh and exciting developments in the pipeline that we will unveil in 2016 that will provide impressive user benefits, he says.

In general, John Maguire says, demand for all forms of very narrow aisle handling equipment continued to recover well in 2015 from the post-crisis low.

However, he says, the absence in many parts of the UK of new-build warehouses with good quality flat floors means that sales of Man-Up guided trucks are still dragging some way behind orders for other forklift models.

But he believes that the materials handling industry generally can expect a period of growth globally as the benefits of cost effective warehouse storage and customer order picking systems drive demand.

He says: The major changes taking place in the retail sector  in particular the move by consumers to online ordering – will create many new opportunities for the 3PL sector but the shortage of newer good quality warehouse sheds especially in the UK and USA, will lead to more investment in refurbishing and reconfiguring older warehouse stock.