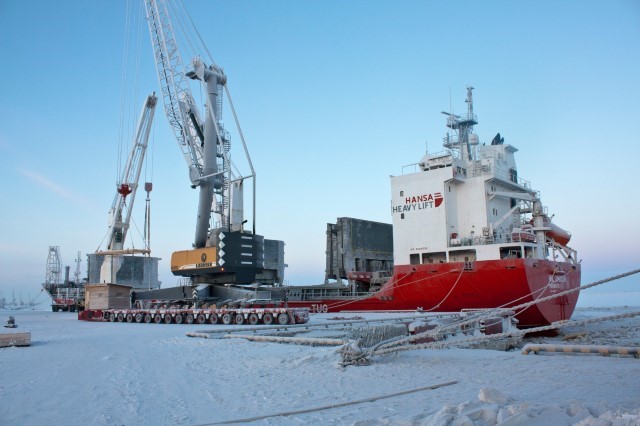 These were the tenth and eleventh voyages for the global tramp carrier and in total the fifth in 2015 through the region around the NSR, which is only open for a seasonal window of four months before the passage freezes over. In October HHL Valparaiso completed a full transit of the NSR from East to West to deliver windmill equipment from China to Poland.

HHL New York and HHL Amazon, which both hold Ice Class E3 equivalent to Russian Arc.4 (Finnish-Swedish Ice Class 1A) navigated through 70cm of ice in temperatures as low as -19C to deliver the heat exchanger, the most important part of a liquefied natural gas plant, as well as the power generation equipment late last month.

All HHL vessels can travel along sea routes with an ice thickness of up to 0.8 metres and have a bubbling air filter in the ballast water tanks to stop the water from freezing.

When travelling in the Arctic region you are faced with extreme weather conditions, whereby it is of utmost importance to secure the correct permits and finding reliable partners to work with, said Joerg Roehl, Managing Director and CCO, Hansa Heavy Lift.

The NSR is an increasingly important route and our use of it nearly doubled in the last year; however it takes careful preparation, as well as experience and the right equipment in order to succeed.