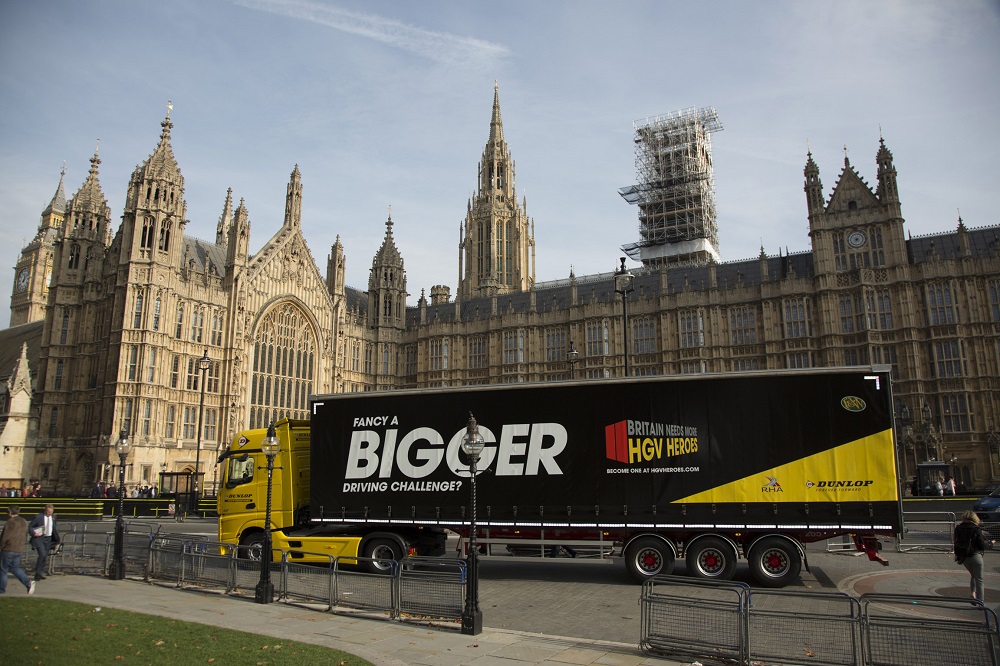 The Road Haulage Association (RHA) has declared the first ever National Lorry Week (26-31 October) to be an outstanding success and has confirmed that plans are already underway for an even bigger scale event in 2016.

RHA Chief Exec Richard Burnett said: We launched National Lorry Week with the #LoveTheLorry strap line to do two things. First, to raise the profile of our magnificent industry in the eyes of the public and the popular media and second, to hammer home to government the very real challenges that we face, with particular emphasis on the critical driver shortage.

RHA member companies nationwide got behind the campaign, opening their yards to the general public, including many schoolchildren and hopefully, many potential future employees. The week featured in the national Sunday press, on over thirty regional BBC and independent radio stations and in national, regional and local newspapers the length and breadth of Britain. Tuesday helped get the week in gear when BBC Radio 2 Breakfast presenter Chris Evans featured Lorry Week through his entire programme. The RHA was able to provide programme planners with details of many excellent drivers  all of whom had interesting stories to tell, including the journey of two live sharks that were being taken from Heathrow Airport to the Plymouth Marine Aquarium.

Richard Burnett added, The enthusiasm of our members and industry stakeholders from the start was overwhelming and the variety and scale of events was amazing. Members parked their HGVs in busy town centres, took them to schools and turned up at sporting events. The M6 also held a week-long event which was another great success. The RHAs team in Scotland quite literally played an absolute blinder with Falkirk FC who ran a Love the Lorry day last Thursday and repeated the event on match day. This gave thousands of supporters a great opportunity to get up close and personal with trucks and hear about our industry first hand.

A large number of MPs from all parties, several senior civil servants and members of the national press attended the RHA National Lorry Week Parliamentary reception in the House of Commons on the 27 October.

We were delighted at the turnout for our parliamentary event, continued Richard Burnett. It presented us with the perfect opportunity to talk to MPs about the incredible job the industry does in delivering daily life and of course the problems that we as an industry face; in particular, the fact that we are currently between 45,000 and 50,000 drivers short. We have been following up these contacts and many are now actively helping us press our case to secure a proper LGV Apprenticeship and for emergency government funds for driver training to be made available.

As a backdrop to the reception, the RHA received permission to park the Dunlop/RHA #HGVHeroes truck right opposite the House of Commons. Fancy a bigger challenge? Britain needs more HGV heroes was the message and already this has generated a lot of enquiries from people keen to pursue a driving career.

It was a great week, concluded Richard Burnett. The RHA teams around the UK worked tirelessly with members to make sure that Love the Lorry Week really was a week to remember and clearly met our twin aims of raising the profile of our industry and getting our message across to politicians.