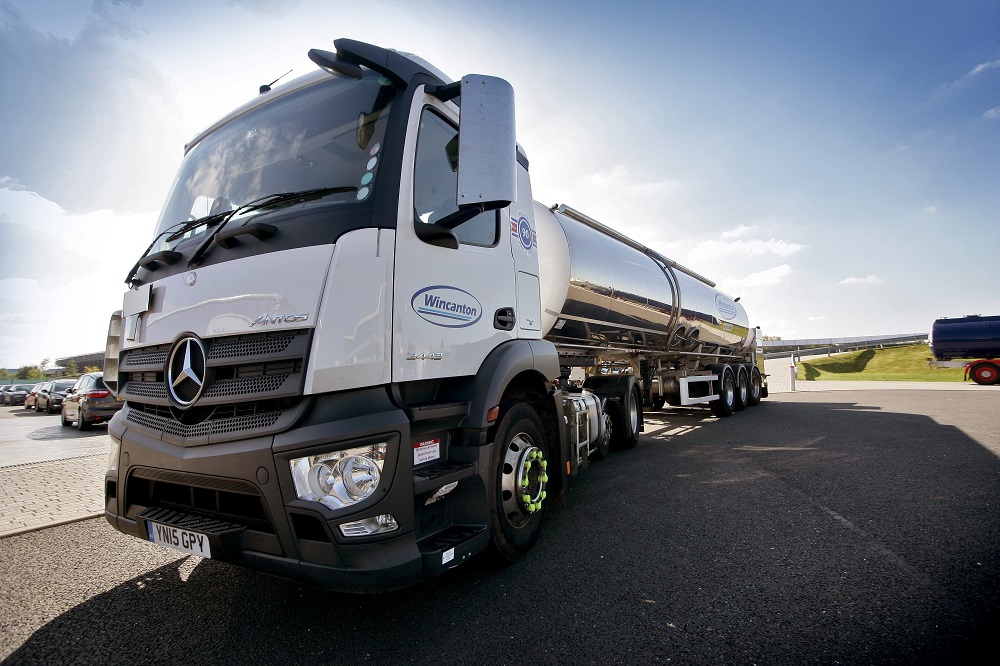 Logistics management firm Wincanton has rolled out a new electric dairy tanker to serve the distribution network of its customers in the dairy industry. The tanker is one of Wincantons new initiatives which it says will deliver significant energy savings and environmental benefits to ensure a fair deal for British farmers.


The tanker is more fuel-efficient than previous models and has fewer mechanical maintenance requirements, reducing both operational costs and carbon emissions. The company says that the vehicles negligible operating noise also means that local residents, animals and farmers will not be disturbed during night-time milk collections.

Wincanton will operate 11 of the new tankers from four sites across southern England and Wales early this year. Each trailer will be collecting 75,000 litres a day, producing some significant environmental efficiencies, including saving six litres of fuel and a CO2 reduction potential of 16.08kg per day and 5,870kg annually.

The firm began as a milk distribution company in 1925, and has always maintained a presence in the sector despite growing to become one of the UKs largest and most diverse logistics providers.