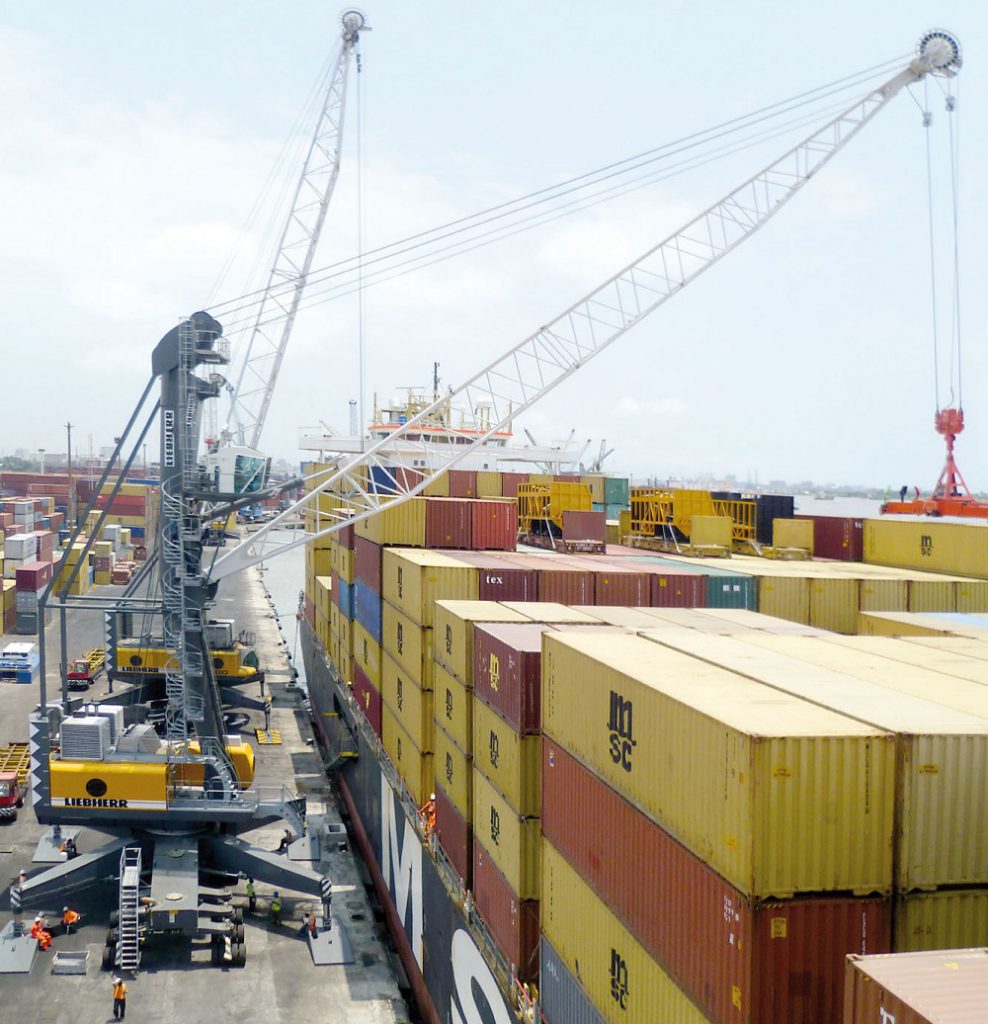 Due to several new customers, Liebherr Maritime Cranes celebrates another milestone. As more and more ports opt for mobile harbour cranes, Liebherr has topped the 100 mark in terms of deliveries to different countries.

In total, Spain is in the lead regarding deliveries per country. Since 1998, at least one mobile harbour crane per year has been supplied to a Spanish port, reaching a peak in 2007 and 2008 with even 13 deliveries per year. In total, Liebherr has delivered more than 100 units to Spain.

A newly built port in the Caribbean is the first Liebherr mobile harbour crane customer in Haiti. In June 2015, Port Lafito received its first mobile harbour cranes. The port opted for two LHM 420s. With hoisting and lowering speeds of up to 120 metres per minute, each crane provides a capacity of more than 30 boxes per hour. To ensure efficient utilization, both cranes are equipped with Liebherrs fleet management system LiDAT. The system allows for crane performance monitoring and key statistics analysis in order to ensure optimum turnover. Additionally, crane drivers benefit from simulation-based training programs which are offered in the Liebherr maritime training centre in Miami, USA.

N.V. VSH Transport is based in Paramaribo, the capital of Suriname. The stevedoring company provides a wide range of services to its customers. In summer 2015, Liebherr delivered its first mobile harbour crane to the Port of Paramaribo which allows for more flexibility in cargo handling. The main task of the LHM 280 is container handling. Moreover, the crane is designed for efficient bulk and general cargo operations.

In Europe, Luxport S.A. in Luxemburg opted for their first Liebherr mobile harbour crane. The LHM 420 started operation in Port de Mertert at the turn of the year. Equipped with a 124 tonnes winch and a 48 metres boom, the main task of the new machine is general cargo handling. Luxport decided to install the Vertical Line Finder. This Liebherr system supports the driver in avoiding inclined lifting and ensures that the load is perfectly vertical. This also prevents the load from swinging and provides greater safety. As a result, the system prolongs the lifetime of the crane. In addition to the new LHM, Luxport ordered a Liebherr reachstacker for its port operation.

With the LHM 420 for Luxport, Liebherr completes Benelux in regard to deliveries. For many years, Liebherr has been very successful in terms of mobile harbour cranes in Belgium and the Netherlands. Finally, the first delivery for Luxemburg ensures that each of the Benelux countries benefits from the unique performance of Liebherr port equipment.

A lot of new customers have opted for mobile harbour cranes over the last few years. The flexibility of this cargo handling solution is highly demanded in fast developing economies. Therefore, in the near future, Liebherr expects more first-time deliveries to countries which have not yet used mobile harbour cranes.