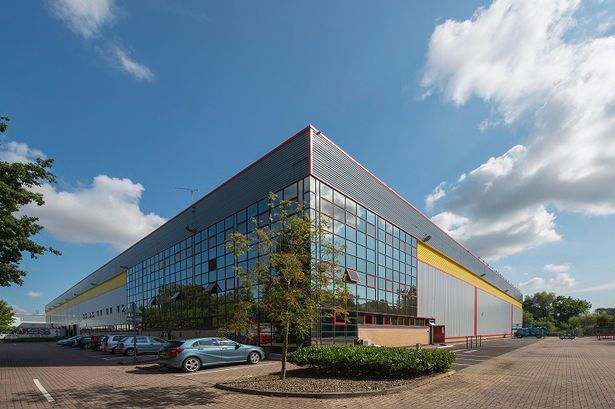 The Ocean portfolio comprises 13 properties located throughout the UK with a significant weighting to the Midlands and North East, with nearly three quarters of the total portfolio value derived from the two largest assets; Fradley Park, Litchfield and Follingsby Park, Gateshead. In total, the portfolio has 142 tenants and is arranged over 3,798,871 sq ft with a further 48 acres of development land. The portfolio has an average weighted unexpired lease term of 4.9 years.

The assets will be divided between UKPF and IPIF, providing UKPF with access to the four larger distribution warehouse parks, with IPIF acquiring the eight smaller multi-let estates for which it has the existing proven platform to effectively manage. Resulting in a proportional split of 83% / 17%, UKPF has acquired its assets for ?188,306,000, whereas IPIF has agreed a purchase of ?38,194,000.

One of the fastest growing funds in its sector, launched in 2006 the UKPF has grown from ?100 million since inception, acquiring ?487m of assets since the start of the year, as it continues to see steady inflow of capital from both Retail and Institutional investors. Delivering strong returns, it has outperformed the Lipper Property IMA Sector peers over one, three, and five years. Resulting in a more tax efficient structure, it converted into a Property Authorised Investment Fund (PAIF) in May this year.

Launched in 1997, IPIF was one of the first indirect specialist real estate funds and has become a leader in its sector; the largest industrial fund in IPD, it has outperformed its benchmark, the IPD Quarterly Industrial Benchmark, over three, five, 10 and 15 years. One of the more active investors in the UK industrial sector, IPIF has transacted ?220m since the start of the year.

Matt Jarvis, Fund Manager of the Legal & General UK Property Fund, commented: “Providing a strong alignment to the Funds strategic objectives, the impact of the acquisition will include an increase in yield and a higher weighting to good quality product in a sector we expect to outperform in the medium term. The purchases complement the Funds current stock and style picking preferences, offering very good locations and modern warehousing, as well as presenting it with numerous and varied asset management initiatives to pursue over the short and medium term.

Jonathan Holland, Fund Manager of IPIF at Legal & General Property, said: Strongly benefitting from IPIFs asset management model, the portfolio offers an attractive income return and the opportunity drive rental growth through a number of creative initiatives, while providing a similar lease length profile to the Funds existing portfolio. As such, the acquisition is a good example of the Fund continuing to consider opportunities in the regions where we can use our management platform to generate attractive returns.