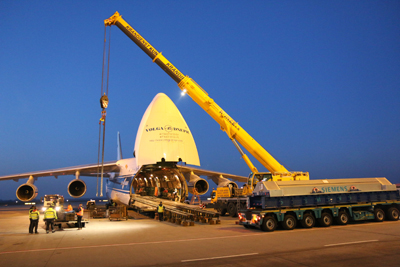 Thousands gathered around town hall to watch as the tea was brewed, chilled and poured and to enjoy the celebration after the attempt was made official. Summerville now holds the record for the Largest Iced Tea, measuring at 1,425 gallons or more than 23,000 cups. It beat the previous record held by Chick-fil-A since 2010 by 513 gallons.


“KION North America Corporation loves any opportunity to get involved with our community,” said Rochelle Edwards, marketing and communications manager. “What better way to do that than by partnering with other local businesses to help the town break a world record.”

The 1,425 gallons of sweet tea was brewed in a 10-ft. container provided by Scout Boats using SCE&G Natural Gas, 120 pounds of local tea leaves from the Charleston Tea Plantation, 1,600 pounds of Dixie Crystals sugar and 3,000 pounds of ice.

Alex Angert, an adjudicator from the Guinness Book of World Records, was on site to oversee, verify and present the record for the World’s Largest Iced Tea. Since Summerville is trademarked as the Birthplace of Sweet Tea, the town opted to make sweet tea.

KION North America not only sponsored the event, but had one of their forklifts on hand during the brewing process to assist with moving the ingredients. The Linde 346 series forklift, which is manufactured and assembled in Summerville, was also kept on display throughout the celebration.