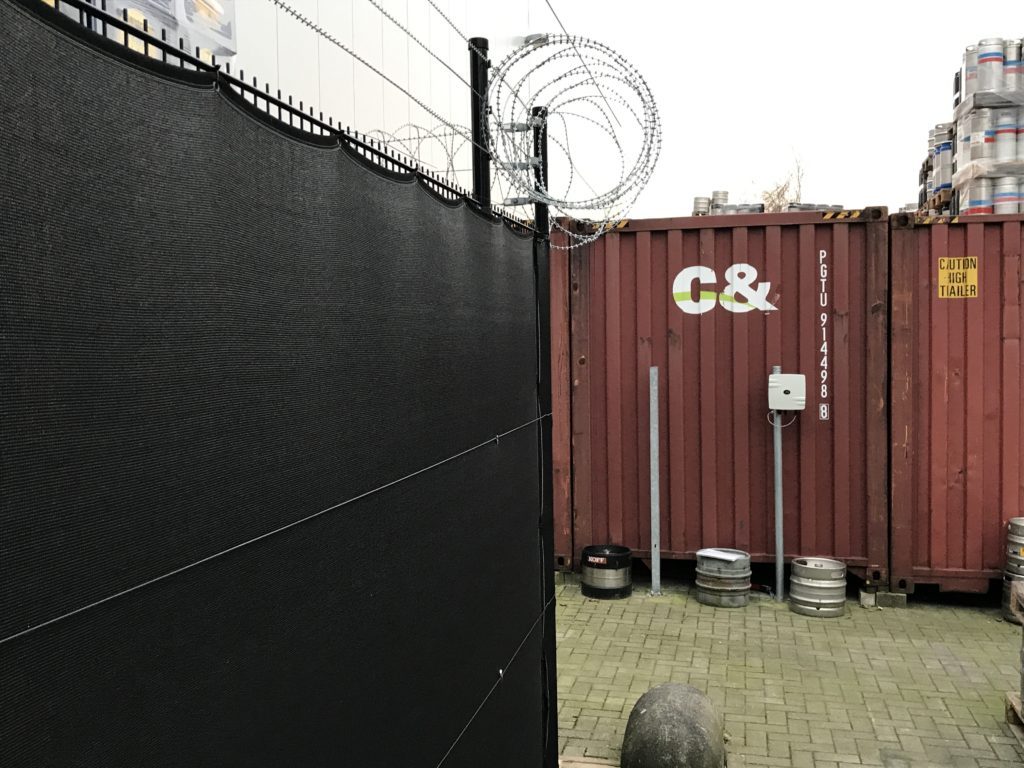 As 2018 ended, the Transported Asset Protection Association announced a five year high of cargo crime incidents resulting in losses of €6.8 million in just 30 days. The Netherlands reported 46 thefts in November 2018, accounting for 15.1% of the global cargo crimes in the month.

As this worrying trend is set to continue, attention is turning toward the most vulnerable links of the supply chain – warehouses and distribution centres.

With large and irregular perimeters, various containers and vehicles affording intruders plenty of hiding places, and unmanned hours at night and on holidays, warehouses and distribution centres are particularly difficult to secure. Yet, the cost of a break-in can be disastrous whether in lost product or damage to expensive equipment.

Geoff Clarke, CEO of Sensurity, a leading innovator in perimeter security, said, “There are few ways to truly prevent intruders from entering your warehouse or distribution centre. Fences can be cut, dug under or climbed over with the help of a tall vehicle. Prevention is futile, so the aim of the game is to detect and deter.”

Fortunately, there are many options for Intruder Detection. But with so many options, how do you know which is best for your site?

There are a range of factors to consider about your site’s needs and the varying ability of Perimeter Intruder Detection Systems to protect your warehouse or distribution centre:

1. Detection probability
In 2019 the best intruder detection systems are achieving 99.9% probability of detection. But this isn’t the whole story. This figure does not consider the ability of an intruder to perceive the system and avoid it, by jumping over or crawling under the detection zone.
Mr. Clarke continued, “We have developed radar systems which are completely invisible and undetectable to intruders and reach heights of up to 10m.”

2. False alarms
Hand-in-hand with detection probability is the False Alarm Rate of a system. Traditionally, as sensitivity of a system was increased for a better probability of detection, the false alarm rate would also increase.
However, thanks to algorithmic processing some systems can now recognise the difference between vehicles, humans running, walking or crawling, animals and weather effects.
Weather in particular is a problem as rain, snow, fog and wind can either lead to a high number of false alarms or completely hide intruders from detection. For example, heavy fog or snow can prevent a motion or thermal detection CCTV camera from seeing an intruder.

3. Space
Some systems, such as standalone microwave radar and CCTV, need to be overlapped to ensure there are no detection deadzones. This creates a large installation footprint and can double the amount of mounting and cabling materials required.

“In recent years our breakthroughs in research and development have established dual-technology radar detection systems, which incorporate infrared to cover the deadzones left by the cigar shaped radar detection zone.” Mr. Clarke explained, “This eliminates the need to overlap the detection zone and cuts the number of units needed.”
Also, where space is restricted due to nearby roads, hedge rows and fences, a system with a narrow active alarm zone is necessary.

4. Budget
Installation of perimeter intruder detection systems varies from “plug-and-play” to digging a trench around your perimeter as is the case with fibre optic cable sensors. As mentioned above, the number of units needed will also impact your installation budget. The Nuisance Alarm Rate and maintenance requirements will impact the cost of labour hours for years to come. Systems working from lenses that are impacted by dirt, such as infrared and CCTV, can lead to a lot of manual callouts, while systems enabled with remote configuration and maintenance capabilities can be particularly useful for unmanned sites.

5. Terrain
Standing water, foliage and vegetation can affect both the effectiveness and false alarm rate of perimeter intruder detection systems. Smart systems using Digital Signal Processing algorithms examine the environment and continuously self-calibrate to account for changes in these factors such as steady growth of grass or trees shaking in wind.