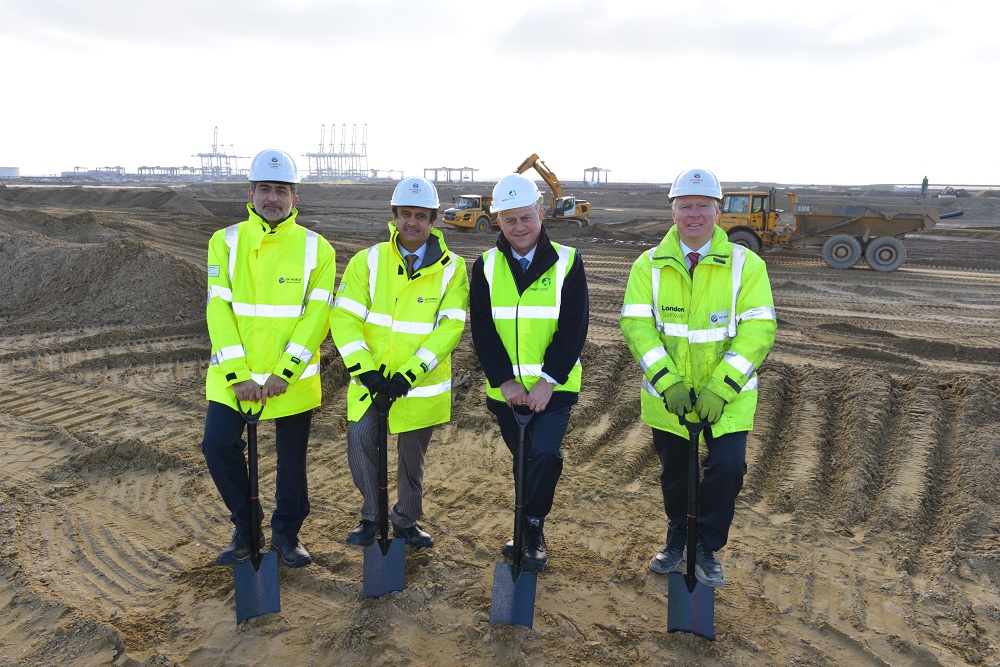 A ground-breaking ceremony was held at DP Worlds London Gateway Logistics Park to mark the start of construction on a 316,000 square foot distribution facility. The building is being developed speculatively as an equal joint venture between DP World, one of the worlds largest port operators, and Prologis, the global leader in industrial real estate.

The new single-sided 15-metre high distribution centre, which has been designed to offer flexible distribution space, will have a 55 metre yard and space for expansion.

Located next to DP World London Gateway Port, the U.K.s most advanced deep-water container terminal, the new distribution centre will benefit from tri-modal infrastructure via sea, rail and road.

The development, which also comprises more than 10,000 sq ft of office space, is being built on Europes largest logistics park, which provides 9.25million sq ft of development space. The facility, which has been designed to achieve BREEAM very good accreditation and the best possible Energy Performance Certificate (EPC) for its size, is being constructed by Buckingham Group.

The unit is scheduled to be ready for occupation by the third quarter of 2015 and has the potential to bring approximately 100 full-time jobs.

Jamal Majid Bin Thaniah, Non-Executive Director and Vice Chairman for DP World, said: Marking the start of work on our joint venture with Prologis is an important milestone for DP World and I am pleased to see this new development at London Gateway Logistics Park.

Mohammed Sharaf, DP World Group Chief Executive, said: We were delighted to welcome the global chief executive of Prologis to break ground, which is a significant step in creating more efficient supply chains for the UK.

Hamid Moghadam, Prologis Chairman and CEO, said: With its multimodal connectivity and location close to one of Europes most vibrant cities, the London Gateway Logistics Park represents the future of the logistics industry.

Demand has been strong in this market and this property, which is next to the first deep-water port built in the U.K. for over a generation, will cater to customers who want efficient, state-of-the-art distribution facilities.

Simon Moore, Chief Executive Officer, DP World London Gateway, said: The start of construction on the joint venture development is a very important moment for the team. We are engaged in discussions with potential occupiers and we are seeing a high level of interest in the new facility.