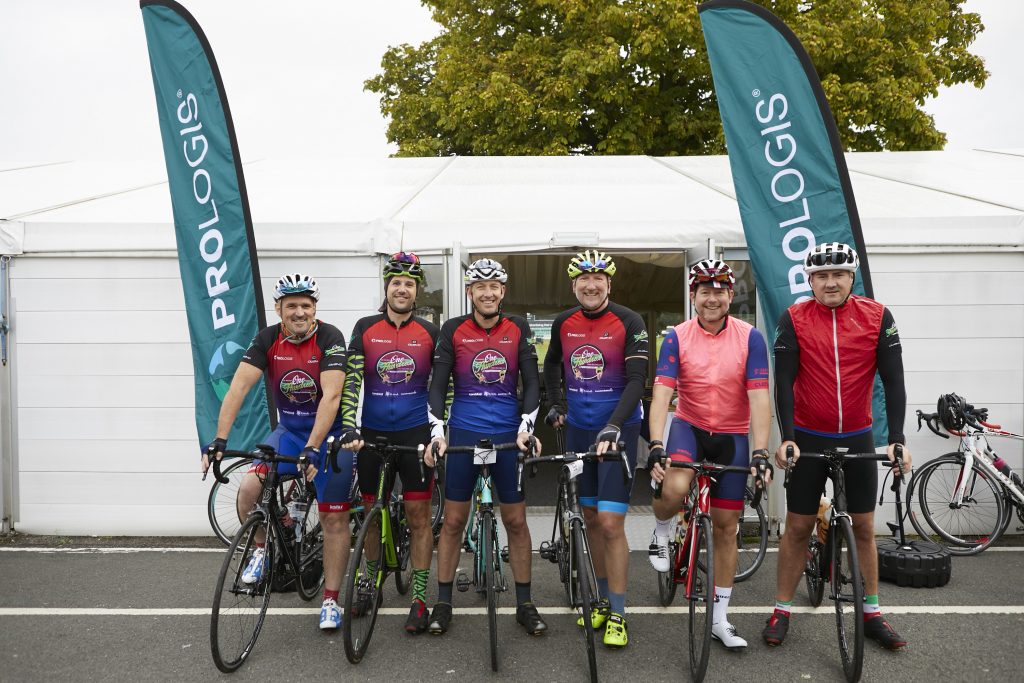 This year, Prologis UK celebrated a decade of charitable giving though the Prologis 100 charity cycle ride on 12 September. Over the past nine years, cyclists from Prologis, its agents and supply chain have ridden around France, across the Alps, through the Lake District, and over the Yorkshire Dales, raising vital funds for a wide range of charities.

This year, the, the event raised a fantastic total of £37,000 to help support the work of Mind, Cure Leukaemia, and Land Aid – a charity working to improve the lives of disadvantaged children and young people across the UK. This brings the total amount raised over the past decade to £300,000. The 140 cyclists involved in the ride had the choice of taking on the 100 mile or the 100 km route through the Malvern Hills on the West Malvern Climb. This year, the team strategically planned the two routes to intersect and cover the same roads as far as possible, ensuring that a variety of joint stops were available for riders to re-fuel and re-energise.

Paul Weston, regional head of Prologis UK said: “The annual event relies on the support and generosity of our riders and sponsors and it’s so rewarding to watch the number of participants and amounts raised grow year on year. It is a tremendous achievement to have 10 years of Prologis 100 now under our belt.

“Stepping it up a gear for the tenth anniversary ride, this year’s route involved around 1,000 ft more climbing than those previously – a difficult, yet worthwhile challenge for all! Cycling and charity work are a real passion for many people who work at Prologis UK and, by combining the two and involving our agents and supply chain, we can really make a difference to the charities nominated by our employees.”