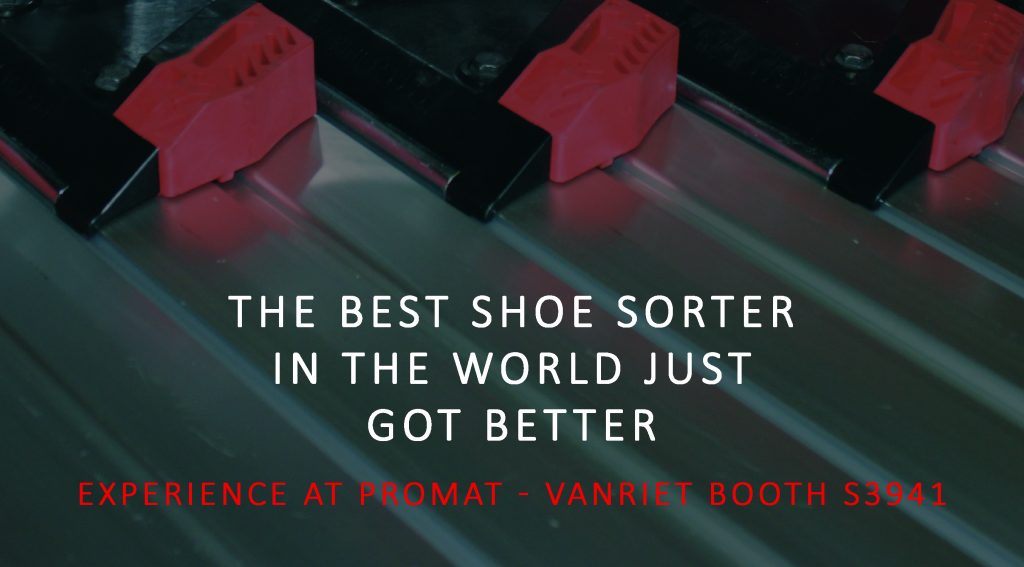 VanRiet Material Handling Systems will present its improved HC Sorter next week at ProMat, the largest American material handling exhibition. The sliding shoe sorter is optimized to US specifications based on extensive customer feedback. It is also available in the existing configuration.

During ProMat, which takes place in Chicago from April 8 to 11, the former family owned business will present the improved shoe sorter to the American public. ‘Every year we invest millions of R&D dollars in our HC Sorter, to make sure that it remains the industry leading option for integrators, with the lowest noise level and the highest speeds.’, says Sales Director Kai Ramadhin. “We explore the possibilities and listen to our customers about how we can help them better. This results in an improved shoe sorter especially for the American market.”

Two important improvements are the single-sided shoes and the electric divert switch. At the stand, the HC Sorter, the fastest closed-deck shoe sorter on the market, will demonstrate what shoe sorter technology can mean for industries in which high throughputs and late cut-off times are standard. The HC Sorter has a closed deck that ensures no dirt or pieces of cardboard get stuck inside the sorter. The deck also results in low noise and promotes safe working conditions for warehouse staff.

Thanks to a very smooth sorting process, fragile products can also be sorted. Product can be sorted at a speed up to 3m per second. The HC Sorter can not only sort very small and thin products, such as mobile phones or polybags, but also large packages weighing up to 50 kg.

VanRiet will demonstrate its High Capacity Sorter at booth 3941 in the South Hall at ProMat.